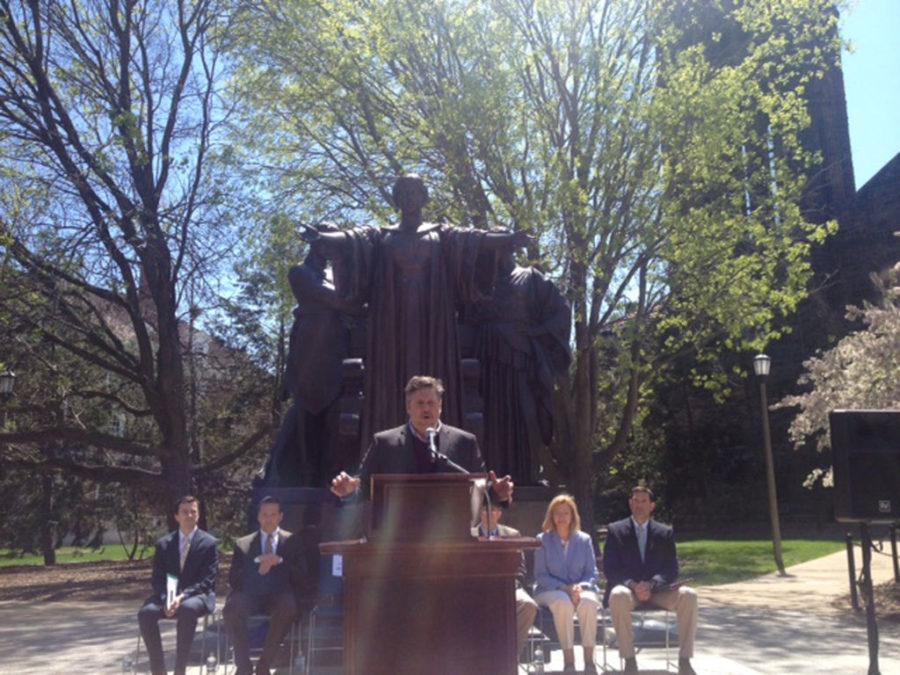 A press conference for the U.S. Department of Transportation’s Transportation Investment Generating Economic Recovery, TIGER, competitive grant program was held Tuesday at the Alma Mater to discuss the how the project will impact the University.

Construction on the project is estimated to start in August.

Champaign-Urbana was granted $15.7 million of the $500 million available to improve its transportation system. The grant will be used to repair and revamp roads, bike lanes and sidewalks on campus and in the surrounding area.

All modes of traffic will be slowed down and major streets will be undergoing notable construction including Armory Avenue and Green and Wright streets.

Associate Chancellor Mike DeLorenzo discussed the potentially negative impact of the project at the press conference.

“We usually try to do the projects in the summertime and there’s no impact in the fall, but because of the size and scope of the project and all the money that’s being spent, it’s going to go on longer than just the summer,” DeLorenzo said. “But it will connect the University with both downtowns, Champaign and Urbana as we try to enhance the complete street project.”

Gnadt said the goal is to balance the modes of transit on and around campus for bikes, cars, pedestrians and buses. The project is still in its early phases, but the transit department has started designing new routes.

Large changes may include more bus only lanes and changes in the direction of traffic.

Champaign Mayor Don Gerard praised the project and those who worked to obtain the grant. He said he is optimistic about grant’s ability to connect the area and take it one step closer to being more accessible and urban.

“We’re a world-class university, a world-class micro-urban community, but some of the key corridors have fallen into disrepair,” Gerard said. “I’m so excited to see this transform … it’s been a long time coming. From an aesthetic level, from a practical level, this is a wonderful thing and I appreciate the work of everyone that was involved.”