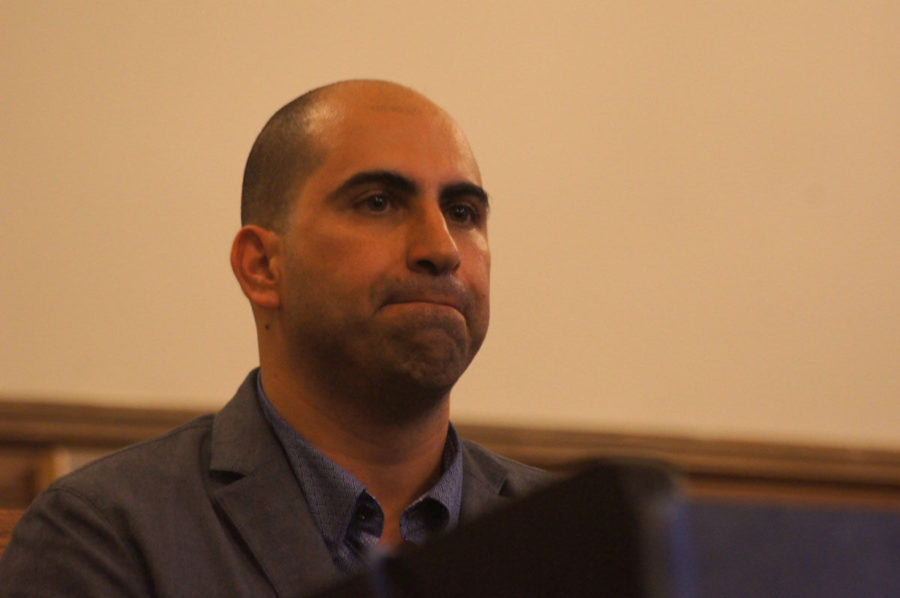 Steven Salaita’s appointment to the American Indian studies program was rejected by the University Board of Trustees after a series of inflamatory tweets.

Steven Salaita still wants to teach American Indian Studies at the University, after a year of protests, speeches, lawsuits and writing.

In August, Salaita sent controversial tweets regarding the conflict in Gaza. Chancellor Phyllis Wise sent Salaita an email soon after stating Salaita’s hiring recommendation for the department of American Indian Studies would not be forwarded onto the Board of Trustees for approvalmp.

He continued speaking about academic freedom at various college campuses around the country, garnering the support of students and academics around the world, including members of the American Association of University Professors.

At the time, several facts about the situation were unclear, including whether a formal, written offer had been made. On the assumption a formal offer was extended, Fichtenbaum and Reichman wrote they were already skeptical about the University’s actions.

“If the information communicated in yester’s report is accurate,” the report stated. “There is good reason to fear that Professor Salaita’s academic freedom and possibly that of the Illinois faculty members who recommended hiring him have been violated.”

Members of the association expressed their concern again, when the Board of Trustees confirmed it would not hire Salaita at its Sept. 11 meeting and again when the Board reiterated its stance at its second meeting of the academic year on Jan. 15mp.

The association officially confirmed its disapproval of the University’s handling of the situation on April 23 with a report about academic freedom at the Urbana-Champaign campus.

Meanwhile, Salaita filed two lawsuits against the University. The first was filed on Nov. 29 in Champaign County Circuit Court. Salaita filed the suit with his lawyer, Anand Swaminathan of Loevy and Loevy in Chicagomp, after his Freedom of Information Act request for all emails between University administrators with keywords regarding Salaita was denied and regarded as “unduly burdensome.”

The University filed a motion to dismiss the suit stating Salaita should have filed the complaint since he filed the FOIA request. Judge Chase Leonhard denied the University’s motion but did grant permission to strike unnecessary text from the record. The second hearing will take place June 12mp.

Salaita filed a second lawsuit on Jan. 29 in the federal court of the Northern District of Illinois. Salaita sued University administrators, the Board of Trustees and unnamed donors for violating his constitutional rights, promissory estoppel and intentional infliction of emotional damage.

Salaita is seeking monetary relief and the position for which he was originally hired.

The case has yet to be settled, but Salaita’s lawyer, Gretchen Helfrich of Loevy and Loevy, said Salaita is always open to settlingmp.

Salaita wrote a book during the almost nine months since his appointment was rescinded.

According to Haymarket Books’ website, in his book, “Uncivil Rites,” Salaita “combines personal reflection and political critique to shed new light on his controversial termination.

He situates his case at the intersection of important issues that affect both higher education and social justice activism.”mp