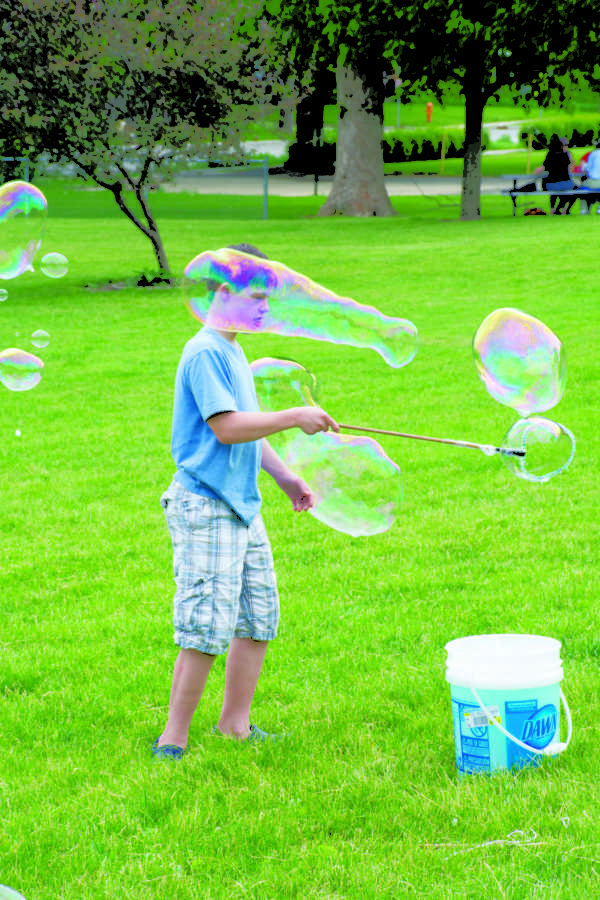 Former students explored the school while current students participated in various activities on the playground.

Several creative projects done by the students were exhibited throughout the school for visitors to see. These projects included posters and sculptures of animals.

The celebration was an open house event, so people were free to walk around the school and enter all of the classrooms.

One of the first grade classrooms had class pets on display, including a turtle, a guinea pig and a bearded dragon.

Outside, there was a snow cone truck and a Dragon Fire Pizza food truck. There were also bubbles for the kids to play with.

Emily Godlewski, a third grade teacher at South Side, received special recognition from her students at the event. One of her students proudly wrote, “I love Ms. Godlewski” in chalk next to her while she was eating, so that she could see it.

Mike Hartman, a former student of South Side, noted that not much has changed since he attended the school.

He said that South Side still looks very similar to how it used to look, except for the fact that the building now had more classrooms.

Hartman also said that what was most special about South Side Elementary to him was “the long-term friendships (he) made when (he) moved there in first grade.”

He even met his future wife at the school, who was a fellow classmate in his first year there.

When asked what Hartman remembered best about South Side Elementary, he was quick to answer, “making friends on the playground and sledding down the hill behind the school in the winter.”