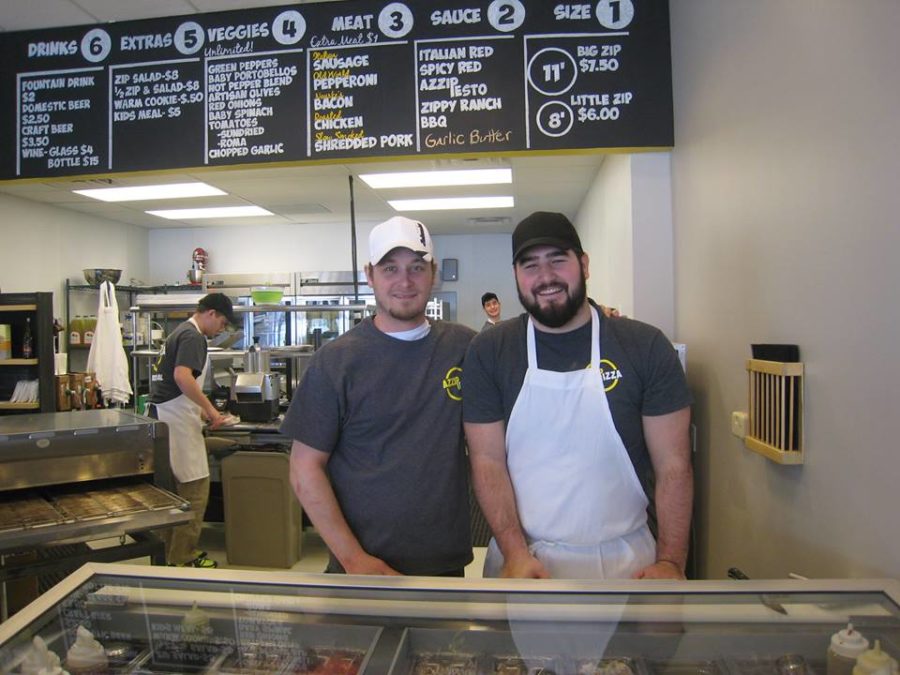 Azzip Pizza will open its doors in Campustown this August and will provide customers with fast, casual pizza. The new location will be at 505 E. Green St., the former location of Jersey Mike’s Subs.

Brad Niemeier, owner and founder of Azzip Pizza, said Azzip is different from other pizzerias because it provides personalized pizzas.

“We wanted to be creative and kind of let customers make the pizzas their own way and make them feel like they’re really part of the process,” Niemeier said. “We want to encourage them to be a little adventurous and to step out of their comfort zone.”

Niemeier said the ordering process is very interactive. Customers can choose which size, sauce and toppings they want on their customized pizza and then watch the chef make it right in front of them before putting it in the oven.

“They’ll have their own fresh, fast, delicious pizza done in two and a half minutes,” Niemeier said.

Azzip Pizza also offers a rotation of monthly specialty pizzas. Niemeier said their most popular specialty pizza is the “Mr. Potato Head.” It has ranch as its base, and its toppings include bacon, red potatoes, cheddar cheese, chive and sour cream. Niemeier also said customers can send in their own ideas for each month’s specialty pizza.

“We want to make new specialty pizzas for our University of Illinois students,” said Blake Kolker, business partner and chef of Azzip Pizza. “We want to keep the place exciting and fresh for our customers.”

Niemeier founded Azzip Pizza after graduating from Purdue in 2012.

He won first place in a business plan competition for his idea of Azzip and was awarded $20,000.

The first pizzeria opened in February 2014 in Evansville, Indiana, and Niemeier opened the second location in Newburgh, Indiana, in September. The Champaign location will be Azzip Pizza’s third location and first in Illinois.

Niemeier said he chooses locations that are close to campuses for his pizzeria, and he chose Champaign as his third location because of its large student population on Green Street.

“We felt like Azzip Pizza would be a great addition to Campustown,” said Jill Guth, director of commercial leasing and marketing for JSM. “I feel like students will enjoy its fast-paced environment, especially since they live very fast-paced lives.”

Azzip Pizza has currently signed its lease with JSM and is looking for part-time student workers for its Champaign location.