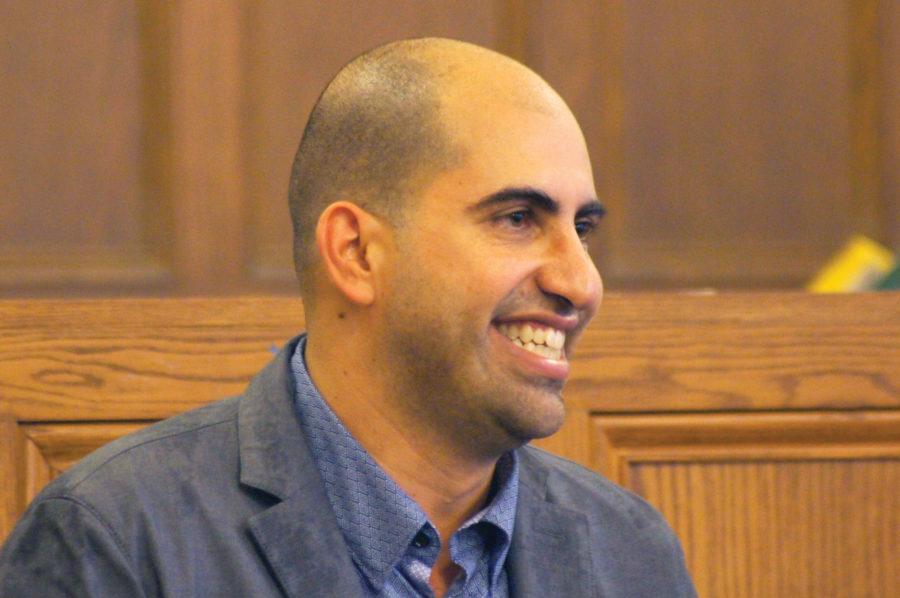 
The Champaign County court sided with Steven Salaita and has asked the University to hand over the thousands of documents dealing with the professor’s hiring decision.

At the Champaign County Courthouse in Urbana on Friday at 9:30 a.m., presiding Judge Thomas Difanis called the hearing. Anand Swaminathan, attorney for Salaita and of Loevy and Loevy in Chicago, and Charles Schmadeke, representative for the University of Illinois and attorney for Hinshaw and Culbertson in Springfield, were called to pose their arguments regarding the documents’ release.

Salaita was offered a tenure position for the American Indian Studies program at the University in October 2013. However, Chancellor Phyllis Wise revoked the position on August 1, 2014, after Saliata posted a series of angry tweets about Israel and bombings in the Gaza Strip.

Salaita asked for the files in which the University discussed his hiring decisions, and following the university’s denial and use of the Freedom of Information Act, he filed a lawsuit in November.

“Even though we filed the lawsuit, it does not mean we are not open to negotiating,” Swaminathan said. “We can easily drop the lawsuit if the University gives Salaita and the public access to these documents that they have kept hidden, but so far they have been unwilling to do so, so we had to take up these actions.”

Salaita requested copies of documents that involved communications between high-ranking University officials and influential alumni regarding his case.

According to Swaminathan, after Salaita’s request for the documents, the University continuously delayed the requests, which ultimately led Salaita to file a lawsuit against the University.

Swaminathan said the documents were important because they pertained to the public’s interest.

“As you can see by how many have come out to the courtroom today, the public and media are interested in knowing more about what happened in regards to Salaita’s hiring decision,” Swaminathan said.

About 20 community members attended the hearing.

“There is a huge difference between public interest and publicity or curiosity,” Schmadeke said. “Public interest means that a profound public policy exists while this does not exist in regards to a University professor.”

Schmadeke said only the media was covering stories in regard to Salaita’s case and that no one else of importance was discussing it.

In rebuttal, Swaminathan said that Salaita was not the same as the Kardashians. The media may be writing stories about the Kardashians, he said, but that was because of their name and celebrity status. Swaminathan said Salaita became popular in the media because of his story and case, and the public wanted to know more about it, which is why releasing the documents had such a high public interest.

The main issue discussed in the case was whether or not the Freedom of Information Act the University issued had any standing in Salaita’s case.

Judge Difanis came to the decision that FOIA did not have any standing because there was a higher public interest and the opening of the documents to the public was less burdensome to the University in comparison.

Schmadeke brought up the argument that the University sees releasing the documents as unduly burdensome.

“This is an unduly burden request because it is not necessary to the purposes of the requester (Salaita),” Schmadeke said. “If we do release the documents, they will contain blackouts where people are expressing themselves and those words can be removed.”

“The answer to the issue of whether or not the hiring of any individual is a public interest is that the court believes it is,” Judge Difanis said.

Following the court’s approval of Salaita’s request to have the documents released, his team must send in a written order to the court.