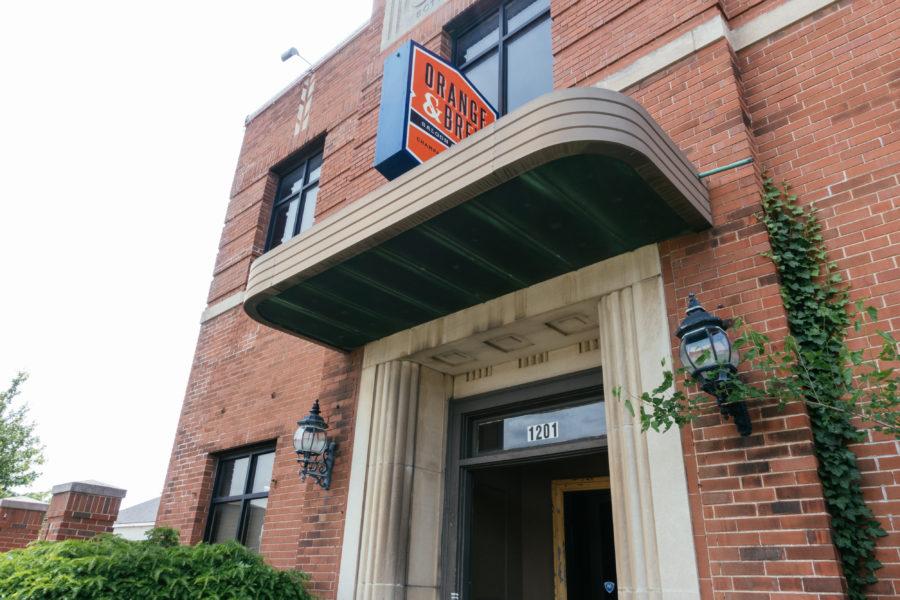 The Historic Preservation Commission approved an application for the former Coca-Cola bottling plant — and future home of Papa Del’s — at 1201 S. Neil St., Champaign, to become a local historic landmark on Thursday, July 9.

Bob Monti, owner of Papa Del’s, said he’d been thinking about applying for the landmark status since 2006.

“I’ve always liked the building,” Monti said. “I thought it was rather unique, and I thought it’d be a good place to relocate because we have always turned away business because we don’t have enough seating.”

The building is 20,000 square feet and has two floors. When Papa Del’s moves in, it will have an estimated 450 seats, with two bars and three party rooms. It’ll change its name to Papa Del’s Pizza Factory.

Keddy Hutson, architect for the renovations of the new location, said some details of the building will be restored.

“It was an industrial building, so there wasn’t a lot of high design,” Hutson said. “But the stuff that is there we’re featuring, and we’re really working on details on the outside and some on the inside. We’re preserving an Art Deco staircase, for example.”

Hutson added that when Papa Del’s opens in its new location, it will have an industrial feel.

“The other character of it is that it’s really of a warehouse-type of building. … There’s a lot of new steel in all the new walls in the bar and partitions and things,” Hutson said.

Monti said he doesn’t have an exact date for when the restaurant will be all moved in and ready for business, but he is expecting it to be around November or December.

The plan commission and city council must now approve the application before the building becomes a landmark.