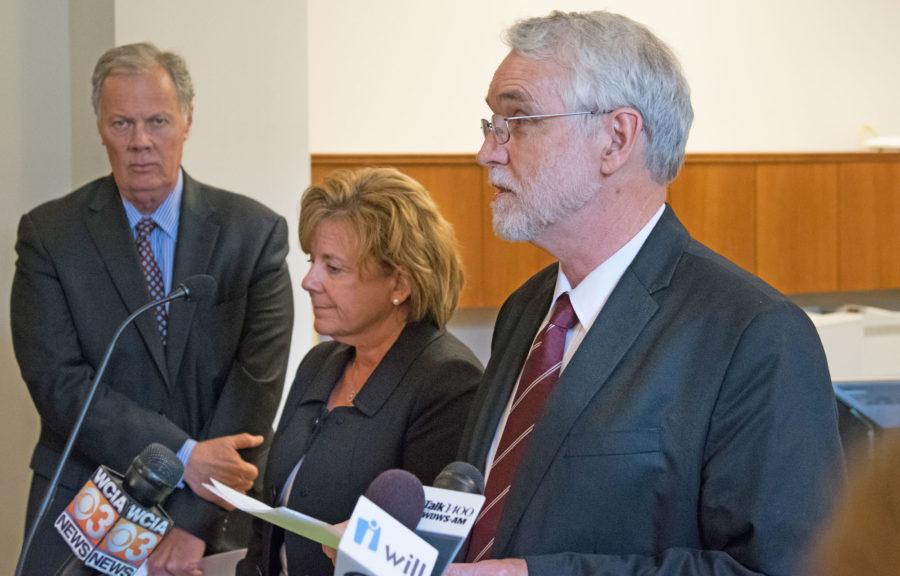 Barbara Wilson never expected she would be appointed the acting chancellor of the Urbana campus — it was never even one of her goals.

“I just finished my first year as the Dean of LAS,” she laughed. “I was imagining I would be continuing that role for the foreseeable future, and I was excited about that.”

Wilson was selected by President Timothy Killeen to serve as the Urbana campus’ acting chancellor, after Phyllis Wise suddenly resigned on Aug. 6.

“President Killeen has told me he believes I have a lot of experience as a leader on this campus,” Wilson said. “As the representative of the largest college on campus, I have a good and deep understanding of faculty, student and staff issues on campus.”

While Killeen admitted the process for finding an acting chancellor had to be done rather quickly, University spokesman Tom Hardy said he is confident it was done thoroughly.

“President Killeen has spoken with numerous people involved in the University: stakeholders, faculty members, members of the shared governance process, people from the community, alumni and donors,” Hardy said. “He really covered the waterfront in terms of seeking consultation and getting input on a number of potential candidates for the position.”

“President Killeen requested input from academic senators, and I thought that was a strong gesture on his behalf,” Hill said. “The chair of the SEC, Gay Miller, reached out to all the senators and asked us for our input, and I think that was a really strong point of the selection process.”

Wilson, who earned her Bachelor’s degree, Master’s degree and Ph.D. from University of Wisconsin-Madison, has been a faculty member at the University for 15 years. She served as the head of the Department of Communication from 2002-2008, worked in the office of the Vice Provost for Academic Affairs from 2009-2012 and has served as the Executive Vice Provost for Faculty and Academic Affairs since 2012. Her most recent role has been as the Dean of Liberal Arts & Sciences, where she has worked since 2014.

Hill said he is excited to have a high level administrator come from the humanities branch of the University; that it will be refreshing for the University.

“A lot of our administrators rise from engineering and hard sciences, which is fine,” Hill said. “But I think it’s good to have a mix of people from hard sciences and humanities.”

According to Wilson, LAS is the “heart and soul,” of the campus. She said she plans to use her knowledge of communication from being the dean of LAS to continue to lead the campus on its long-standing tradition of excellence.

“Times are difficult when leaders change over, and there’s no doubt that we need to think about our reputation,” she said.

Wilson also said she will continue the initiatives begun by Wise in terms of the “strategic plan” for the Urbana campus.

“It’s important to underscore the strategic plan is a result of many voices on campus,” Wilson said. “It was a year-long process Dr. Wise led us through, and we will continue to work really hard to meet those goals.”

Though Wilson will continue some initiatives set by Wise, Hardy said Wise would not be a part of Wilson’s acclimation to her new role. Hardy said Wilson already has awareness of the campus, both academically and administratively.

Wilson said her main goal as chancellor is to keep the University moving forward, and to keep achieving the goals set for the campus in spite of the recent scandals on the University’s record.

“When I talk to faculty, staff, students and even alumni, their experience on campus is deep and long,” she said. “We’re still the same institution we were three or four weeks ago.”