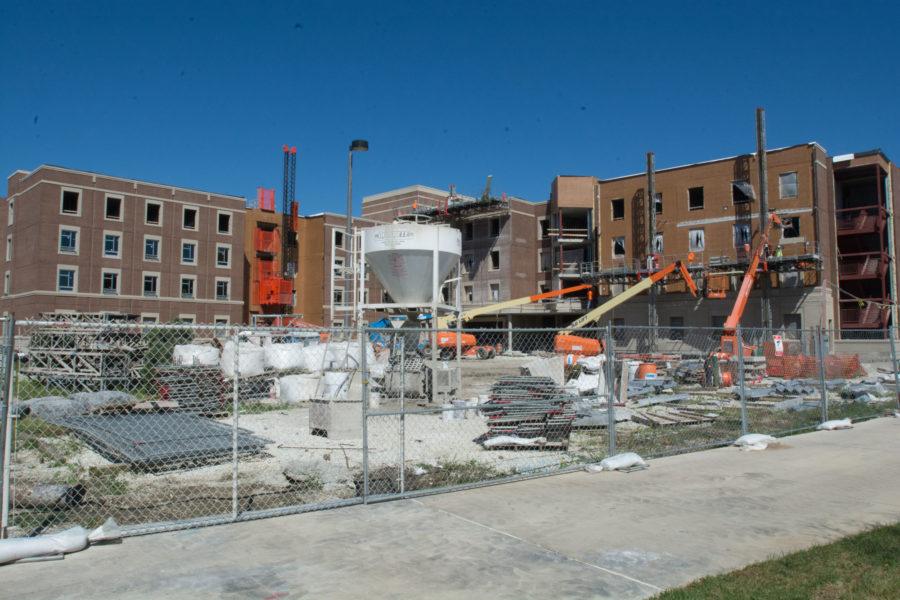 The new dorm Wassaja, in the Six Pack is still under construction.

In the Yavapai language, Wassaja means “beckoning.” Soon, it will also mean home for a number of University students.

The new Wassaja Hall will be located in the “six pack” and ready to house students in Fall 2016. Named after the University’s first Native American graduate, Carlos Montezuma, Wassaja Hall will have an innovative set up.

Alma Sealine, director of the Housing Division, said the new hall will have a pod-like construction to make it a more privatized living space.

“In a wing, there will be four pods and each of those pods will have bathrooms directly available to those rooms,” Sealine said. “This is a trend that we are moving toward to provide more bathroom space for our students in the future.”

The University Housing website says the hall will have 504 beds and will seek a minimum of LEED Gold Certification.

Jamie Singson, director of the Native American House, said in an email interview, Montezuma graduated from the University in 1884, and he consistently fought for Native American rights and his Yavapai tribe.

“The creation of Wassaja Hall has the potential to be a resource to the campus in education to contemporary issues and histories of American Indians,” Singson said. “(It’s exciting) that the new hall is celebrating an alumni whose life’s significance has been largely unknown to this institution.”

Similar to Singson, Renee Romano, vice chancellor of student affairs, said she finds the historical significance and his personal story the most important factor of the new hall.

“Everyone who lives in that hall will know about our first American Indian student, and they will be educated about him and his experiences,” Romano said. “We find this to be a good opportunity to teach students about American Indian history at that time.”