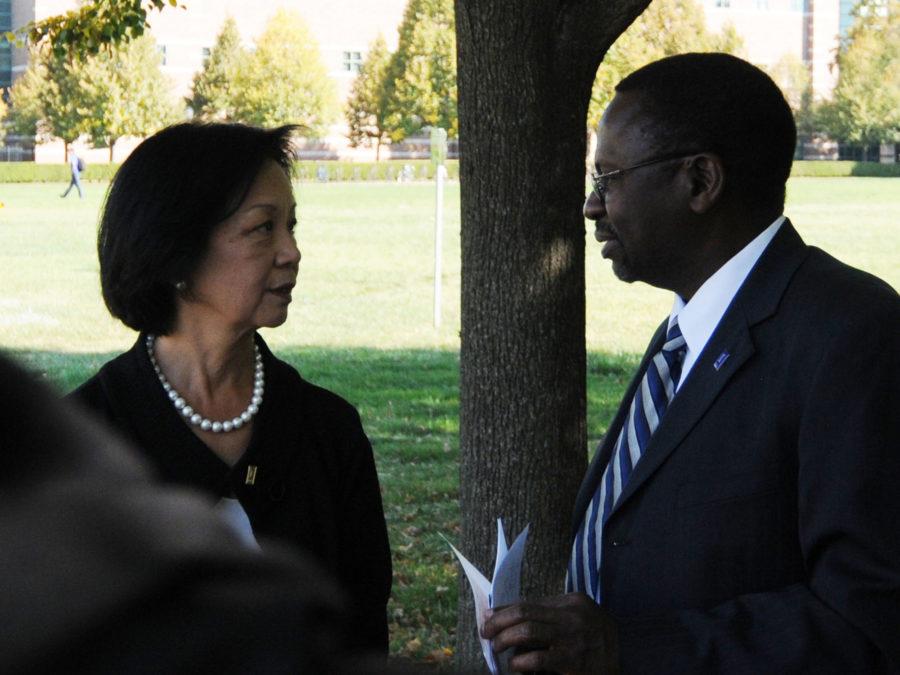 The search for a new provost to replace Ilesanmi Adesida, who resigned Monday, will not begin until a new chancellor is named first, said Jan Dennis, assistant director for the Office for University Relations.

“It’s important the new chancellor have input into the decision of provost, because they work so closely together,” Dennis said.

He said a similar process was used when President Timothy Killeen was named in November. Killeen had input in the Chicago campus’ chancellor because his position works so closely with the chancellor, Dennis said.

Typically, the search process to find a new chancellor takes six to 12 months, with a provost search process taking around the same amount of time, Dennis said. This means it is likely the interim provost, when they are named, will serve for more than a year.

“You never know how these things are going to go,” Dennis said.

Adesida will return to the faculty on Sept. 1 and Dennis said his pay has not been decided yet.

Senate Executive Committee members reviewed the search process to replace former Chancellor Phyllis Wise at their meeting Monday. The process requires the Academic Senate to establish a committee chaired by a faculty member and comprised of eight faculty members, three students, one dean, one academic professional and one staff member.

“There are very clear rules we have to follow on how the committee is established,” said Kim Graber, SEC vice chair.

However, before the senate’s Committee on Committees can begin looking for willing participants to serve on the chancellor search committee, Killeen’s office must initiate the process through a letter. Then, the senate must approve the search process, which might not happen until their next meeting on Sept. 21. This means a slate of candidates for the chancellor search committee could be voted on, at the earliest, at their Oct. 19 meeting.

Some senators expressed their concerns with this lengthy timeline.

“Let’s get this before the senate and vote on it,” said Nick Burbules, SEC member and professor in general educational policy. “We don’t need to wait until the middle of October to do this- that’s too late in the cycle.”

The SEC did endorse a resolution stating they would support additional SEC or senate meetings, if necessary, to speed up the search process.

Both Wise and Adesida resigned in August after 1,100 personal emails that skirted Freedom of Information Act requests were leaked. The emails contained information on the creation of the Carle-Illinois College of Medicine, Steven Salaita, whose appointment was rejected, and the employment status of James Kilgore.