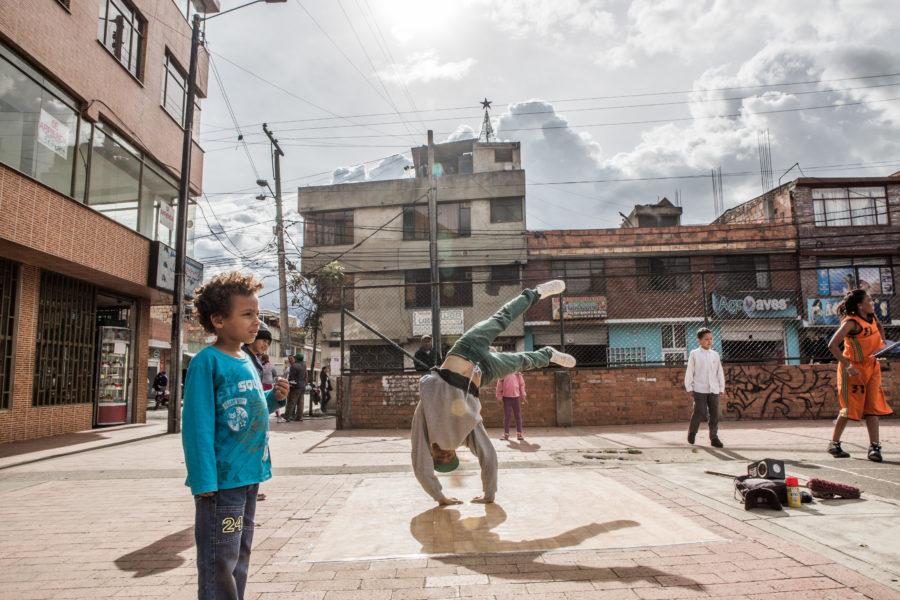 An image from “Shake the Dust,” by Adam Sjoberg, a film that will be making it’s Midwest premiere at this year’s Flatlands Dance Film Festival.

Champaign’s Flatlands Dance Film Festival holds the title of being the only festival of its kind in the Midwest — and it’s gaining a lot of attention after opening the short film competition to the international community.

“This year, we had 73 applications from 13 countries,” said festival co-curator Rebecca Ferrell. “It’s growing; we’re still a baby, as you would say. We’re the newest ones on the scene, but we’re all really happy with the growth and the publicity.”

For its second year, the festival kicks off at the Art Theater Co-op on Tuesday at 7 p.m. with the Midwest premiere of the documentary “Shake the Dust.” The festival takes place on Sept. 1, 8 and 15, with each night bringing a different event. The second night of the festival will showcase a selection of short films, and a short-film contest judged by community members will take place on the third night. The festival will give the winner a “Loie Fuller award,” named after one of the pioneers of modern dance.

The Flatlands Dance Film Festival’s pieces are not what most think of when they hear the words “dance film.” Unlike “Step Up” and “Black Swan,” these films focus on telling a story through dance rather than using it as a plot device.

The festival strives to educate and expose the community to the unique medium of dance on camera, Ferrell said.

“Our big thing is that those two worlds are really prominent in the C-U community. We have a great film community and a great dance community, so to have a medium-like dance on film that collides the two is really unique,” Ferrell said. “So we want to bring those two worlds together and let the community know that this is just a new medium that’s out there.”

They do this through screening a feature film as well as short films. This year’s feature film will be “Shake the Dust,” a documentary about how breakdancing brings people together in war-torn countries. The shorts range in dance genre and production value; however, according to Mark Rhodes, one of the community judges and department donors, choosing which film to show was a difficult task.

“The competition films were a challenge just because there were so many films that were really very good. We’ve got this block of time we can show films; what are the best of the best we can show?” Rhodes said. “All three of the community judges were very happy with what was selected, but were also disappointed that some of the films that we liked we weren’t able to show in the film festival.”

Among the shorts showcased is “Globe Trot,” a film by Bebe Miller, and is comprised of people all over the world performing the same dance. The film is diverse in the age, gender, race and body type of the performers. Ferrell said representation of these different groups is important in showing the community dance on camera.

For junior in Engineering Dhara Patel, who regularly attends music and film festivals, representation and inclusivity are important aspects.

“I really value inclusiveness in a festival because I think festivals are a place for conversation about whatever is being celebrated — and all-inclusive conversations are the most productive and interesting, in my opinion,” Patel said.

Ferrell said that through dance on camera, the choreography and cinema “become a dance in and of itself,” and it allows people to view dance in a way they aren’t able to at performances.

“People are so used to seeing dance on a stage: You sit down, and it’s presented to you from the front. With dance on camera, you can see different angles,” Ferrell said. “Where if you’re sitting and maybe just looking at one person downstage, maybe you’re missing a whole duet that’s happening upstage. With the film aspect, your eye is manipulated the whole time, and you see things you would miss.”

Aside from exposing the community to dance on camera, Ferrell said that the festival tries to stay current and find new content.

“That’s one thing we really want — what’s new, and what’s the pulse on the scene,” Ferrell said. “I think the cool thing about the competition is that we had so many names that I recognized, but so many that I didn’t, so I think, to have a mix of the established and emerging, is really exciting.”

Rhodes views the festival as a way for the community to come together and bring attention to the Art Theater.

“I think just the film festival itself, it’s an opportunity for the University and the community to work on a project together and build a relationship.”