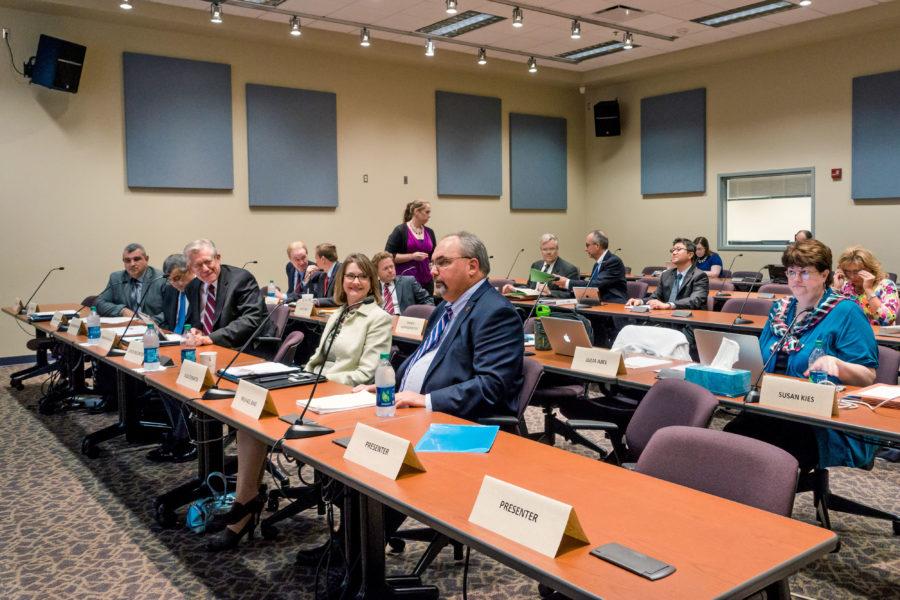 Negotiations on a state budget for fiscal year 2016 are at a standstill in Springfield and Walter Knorr, University chief financial officer, said if the state does not act soon the University won’t have a finalized budget for the Nov. 12 Board of Trustees meeting.

“I make no prognostication or comment on when the budget will come,” Knorr said at the Board of Trustees Budget, Audit and Finance committee meeting Monday. “We probably need 60 days once the state has acted to put an operating budget together.”

The University is currently operating under the assumption the budget will be similar to fiscal year 2015 budget. The total operating budget for fiscal year 2015 was $5.6 billion, according to the Fiscal Year 2015 Annual Operating Budget Executive Summary.

He said the University submitted a $150 million request to the state. The payment will be deducted from the fiscal year 2016 appropriations once the budget is finalized.

“The state is not accepting this right now because they have no means to accept it,” Knorr said.

He said he continues to receive “almost daily” requests for University budget information from state legislators and he responds to those requests as quickly as possible.

In addition to an undecided budget, he said the University has “rode the roller coaster” of the stock market for the last couple of weeks.

He said 54 percent of University endowment is invested in the stock market and the Dow Jones is down 2.1 percent globally.

Knorr said he will make a more formal presentation on University endowments in the market at the Board of Trustees meeting on Sept. 10.