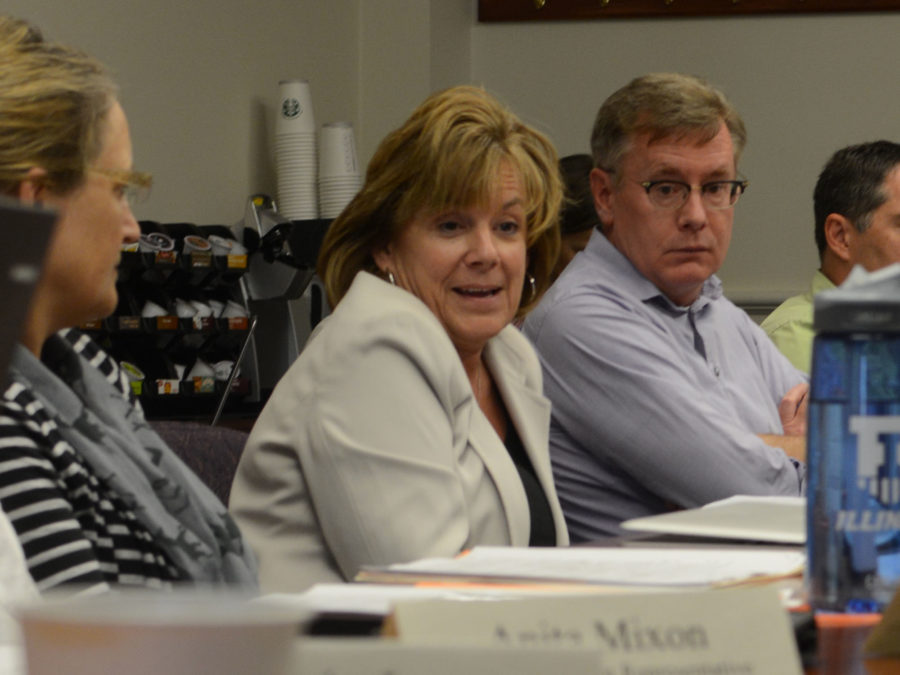 Barbara Wilson, acting chancellor, discusses the future of the University at an SEC meeting Monday.

Interim Chancellor Barbara Wilson announced that she hopes to name an interim provost within the next few days through a University massmail to faculty Tuesday morning.

She said she has spoken with “more than 60 individuals” to help guide her through the process of selecting someone to fill former Provost Ilesanmi Adesida’s role following his resignation Aug. 24.

Wilson named the pending state budget cuts, the formation of a College of Medicine, upcoming dean searches and “finding ways to heal the divisions of the past year” as issues she has focused on while consulting with others on an interim chancellor.

Wilson, will only serve as interim chancellor until a permanent replacement is found. Once a permanent chancellor is named, Tom Hardy, University spokesperson said the search for a permanent provost will begin, making it likely that the interim provost will hold the position for over one year.