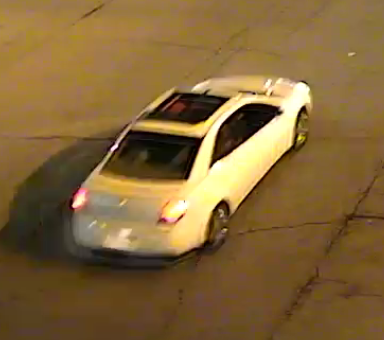 Security cameras near Gregory and Dorner drives captured a photo of the car the offenders were driving. According to the report, the vehicle is a newer model sedan and possibly a Pontiac.

A Campus Safety Notice was issued Saturday, following a robbery that occurred earlier in the morning. According to the notice the robbery took place at approximately 2:39 a.m. near the corner of Dorner and Gregory drives in Urbana.

A group of people walking north on Dorner Drive were approached by a group driving a “newer model four-door sedan,” according to the report, which also said it may have been a Pontiac. One of the offenders then asked for one person’s money. The offenders didn’t present a weapon; the group fled and no injuries were reported, according to the notice.

The University of Illinois Police Department asks anyone with information about the incident to call (217) 333-1216. Information can also be reported anonymously by calling Champaign County Crime Stoppers at 217-373-8477 (373-TIPS) or by visiting www.373tips.com.