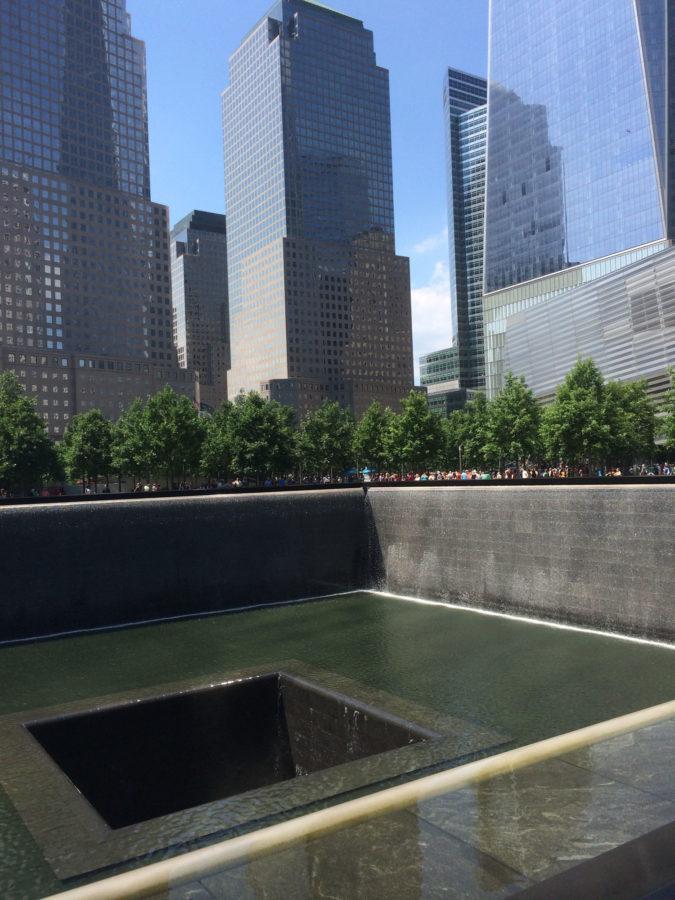 Visitors gather around the National September 11 Memorial in July in New York City. The memorial features two twin reflective pools that stand where the World Trade Center’s Towers once did.

Most University students were between four and eight years old on 9/11, making them too young to vividly remember what is often regarded as the most devastating tragedy in recent U.S. history.

However, Sept. 11 still leaves many on campus with heavy hearts each year. In hopes of honoring those lost on 9/11, members of the Illini Republicans will plant 2,977 American flags — one for each life lost — on the Main Quad Friday.

In addition to the flags, Chris Piper, president of Illini Republicans, said the group will still be out on the Main Quad with an informational table, buttons and posters where people can write their memories of 9/11.

To memorialize and honor those lost on 9/11 in a more positive way, the University’s Naval ROTC program organized a 9/11 Commemoration Run.

The 2.8 mile run will begin at Fourth and Armory Streets and end at the Illini Union, on the steps facing the Main Quad. The group especially encouraged veterans of the police, fire department and military to participate in the run but anyone is welcome. Runners will be escorted by two police squad cars and two fire trucks.

Gunnery Sergeant Christopher Nicholson said the run will be a slower, formation-style run during which runners will sing traditional military cadence to honor those who served. Nicholson said the Navy and Marine Corp. ROTC organize the run each year to raise awareness not only for the police, fire and military personnel who gave their lives on 9/11, but also for affected family and friends.

“(9/11) is definitely something we’re still trying to remember,” Nicholson said.

Lieutenant Colonel Christopher Leung said although the run is the only event planned to commemorate 9/11 specifically, the various ROTC branches on campus find ways to honor veterans throughout the year.

Leung said he believes people choose their own way to remember the events of 9/11, but the run is a way to recognize victims and those who served in a positive way.

“I think it’s good — any way you can draw attention for people to remember an event like that, which has so much significance to our country and basically led us along the road to several years of fighting,” Leung said. “I think it was a pivotal moment for our nation.”