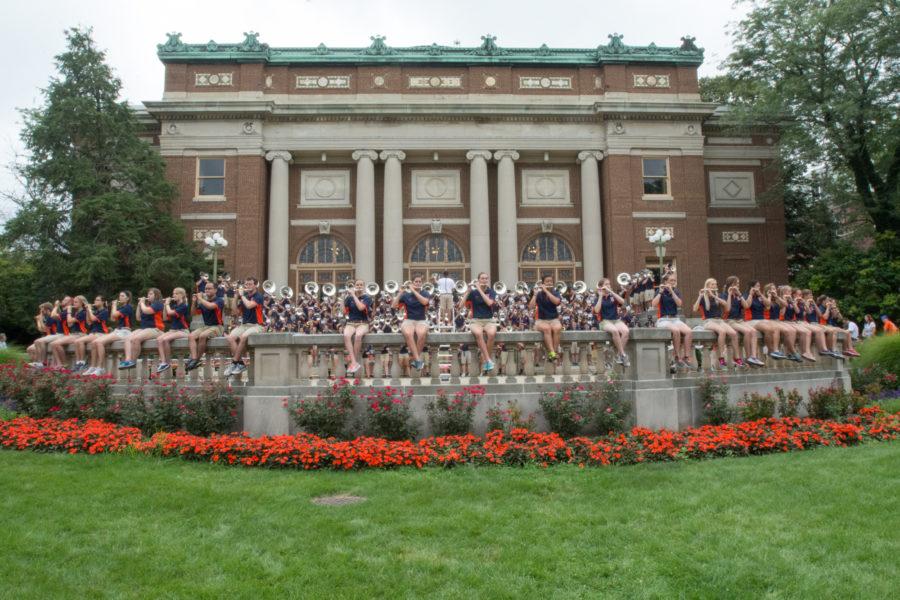 The Marching Illini perform on the Foellinger terrace at Quad Day 2015.

U.S. News and World Report released its annual college rankings Tuesday, ranking the University at 41st among all national universities.

She added the University likes to measure its success based on the success of students and alumni.

According to the report, the rankings are formulated based on first-year student retention, graduation rates and the strength of the faculty. Additional methodology includes “quantitative measures that education experts have proposed as reliable indicators of academic quality.”

U.S. News and World Report also notes that the rankings are based on research about what is important in education.

The report includes a summary of the application process, academic life, student life, campus services, cost and financial aid at each ranked university. According to the report, the goal of the ranking is to help prospective students learn more about colleges on their application short-list.

Princeton University topped the list for the fifth year in a row and Harvard was ranked second for the third straight year. Yale was ranked third and Columbia University, Stanford University and the University of Chicago all tied for fourth.