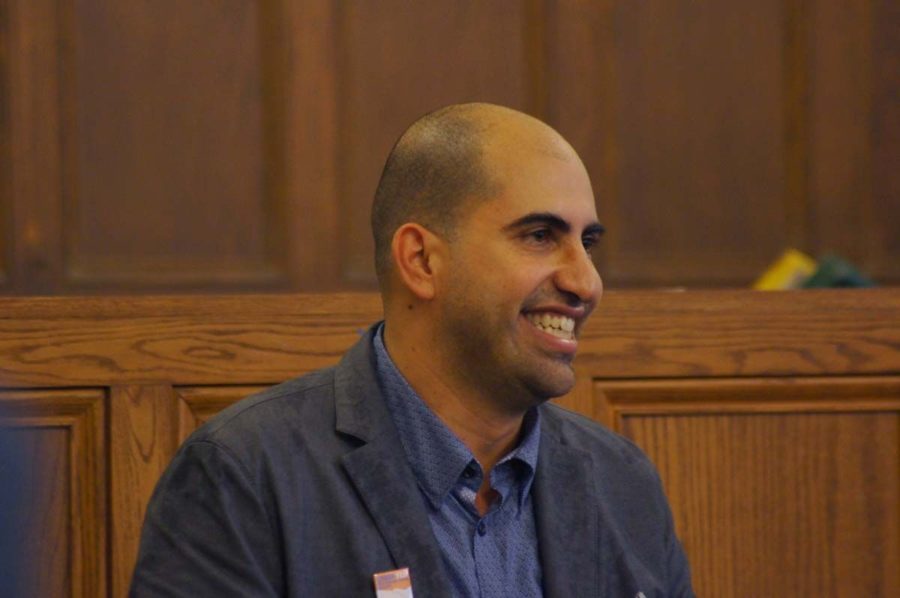 Steven Salaita’s appointment to the American Indian Studies program was rejected after a series of controversial tweets. He has now been awarded $5,000 by the American Association of University Professors Foundation’s Academic Freedom Fund.

Steven Salaita’s book tour for Uncivil Rites will stop in Urbana, the home of his book’s focus, in October.

Salaita announced the tour schedule on Twitter Wednesday stating he would be in Urbana on Oct. 13. Salaita said he is not sure of a location yet but it will be off campus.

“There’s obviously great interest (in Urbana) in this story,” Salaita said. “This will give folks a chance to hear directly from me.”

Salaita said he’s never been a fan of authors reading directly from their books. Instead, he plans to discuss a variety of topics and provide more information for readers to ponder.

He is currently serving as the chair of American studies at the University of Beirut. The tour will last about two weeks but Salaita said he has already arranged for his classes to continue in his absence.

Salaita is still involved with a lawsuit against the University that has been ongoing since January of 2014. In the suit he claims the University violated his academic freedom after he was dismissed from his tenured position in the American Indian Studies Department following the posting of several controversial Gaza conflict-related tweets.

The book, which will be published by Haymarket Books in October, discusses Salaita’s conflict with the University.

“Salaita combines personal reflection and political critique to shed new light on his controversial termination,” Haymarket’s website states. “He situates his case at the intersection of important issues that affect both higher education and social justice activism.”

His current position at the University of Beirut is a one-year, non-tenure contract. Previously Salaita said he would still like to return to the University if given the opportunity.