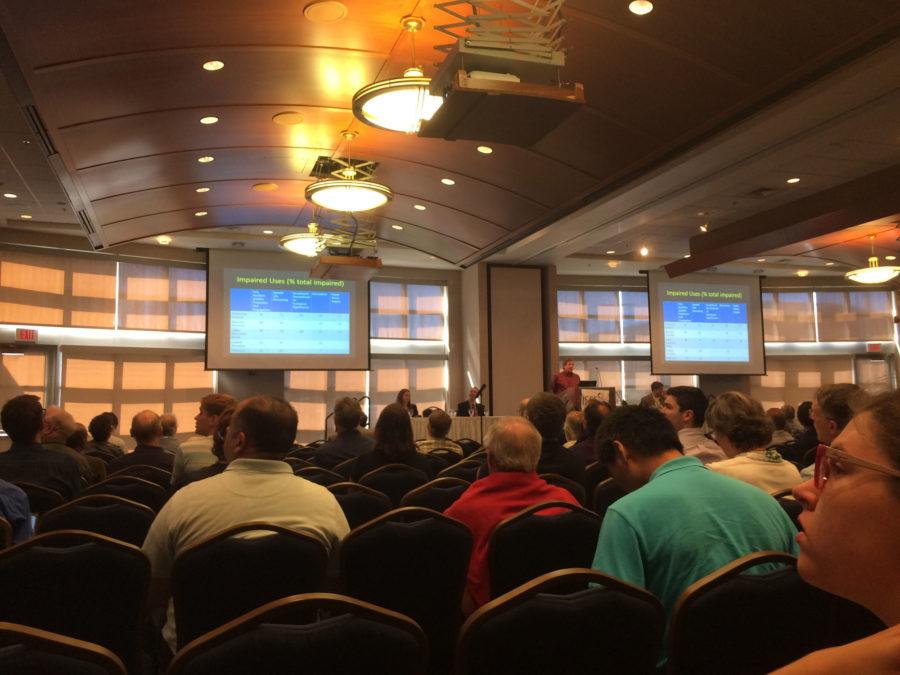 The “Water Planet: Water Crisis? Meeting the World’s Water-Food-Energy Needs Sustainably” conference is being held Monday through Wednesday by iSEE.

Although those at the University might not see a water crisis on campus, the choices people make affect the quality of water elsewhere, mused Madhu Khanna, associate director for education and outreach of Institute for Sustainability, Energy and Environment.

Khanna said this is the second year iSEE held a conference, and the topic of choice represents a grand societal problem.

Although the world is full of water, only about 3 percent is freshwater, according to the World Wildlife Fund’s website. Approximately 1.1 billion people lack access to fresh water.

The world’s population is projected to be more than 9 million people by 2050; with this comes an increased demand for water, according to an article written by geography professor Murugesu Sivapalan. If trends continue, Sivapalan wrote that industrial water use could double by 2025, and agricultural water use could increase 50 to 100 percent by 2025.

Sivapalan wrote that the crisis is partially a water management crisis, but it can be reversed by learning from the past.

Fabian Neira, graduate student in Engineering, attended the conference Tuesday and said he is working with the issue of water quality in his classes.

He said he is interested in the social implications of pollution and water consumption, and the conference is important because it allows the University to discuss what other people in the world are doing to combat problems with water.

Ashlynn Stillwell, civil and environmental engineering professor, explained how water and energy are connected at the conference.

During Stillwell’s presentation, she said allowing a faucet to run for five minutes uses the same amount of energy as allowing a 60-watt light bulb to run for 14 hours.

Khanna said water is currently a huge topic of importance, especially when thinking about the connection it has with food and energy, and the University has a large number of groups on campus studying water. iSEE also sought to merge the efforts of campus and bring them together to address the topic of the water crisis, Khanna said.

Almost 360 people registered for the conference this year, compared to the 250 people who registered last year, Khanna said. She said the spike is due to iSEE’s increased effort to engage more students.