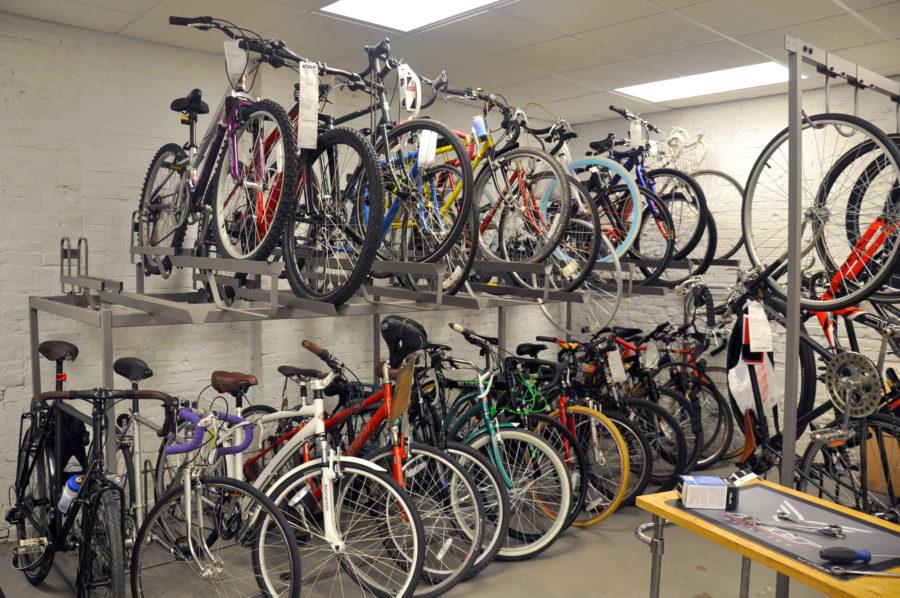 In May 2013, 650 bikes were abandoned on campus, according to a bike census done by the Institute for Sustainability, Energy and Environment.

The Chambana Bike rental program run by Neutral Cycle aims to reduce that number by allowing students and residents to rent bikes one semester at a time instead of purchasing one from a store like Wal-Mart or Target. The rentals, which cost $69 plus the cost of the bike, include free maintenance. When students return their bikes at the end of the semester, they are refunded for the cost of the bike.

“People who were here for a semester or two, they buy a cheap bike and they just get rid of it,” said manager of Neutral Cycle, Matt Crosby. “The idea behind it is to have less bikes in the landfill and more bikes in the street.”

Ryosuke Nagasawa, junior in Engineering and an exchange student, bought a bike from Neutral Cycle but was unaware of their bike rental service when he came to the University a month ago.

“I prefer to buy (a bike), but I would recommend to a friend to rent one because we will stay here only one year,” Nagasawa said.

Crosby and Neutral Cycle owner Tim Chao, initially estimated only renting out 50 bikes for the fall semester, but ended up renting out around 90. They aspire to make renting a bike as painless as possible, streamlining the rental process by making everything electronic — allowing people to choose the color and frame of their bike online, then pick it up in the store.

“We want to make (having a bike) so convenient, so that people around here don’t need to be afraid to go to the bicycle shop,” Chao said.

Aside from convenience, it’s also more cost effective than bike rental programs that charge around $20 per day, or even than paying $90 for a bike from a big box store that doesn’t offer maintenance, according to Crosby.

“It’s a great way to try out something, we have a lot of people coming in who haven’t ridden a bike in years,” Crosby said. “It’s a great way for somebody to rent a bike and not have to pay an astronomical amount in the end.”

Their approach also differs from larger stores’, since Neutral Cycle takes about an hour and a half to put together the bikes. They take the time to make sure the wheels are perfectly straight and give the bikes a tuneup, too.

Chao said he was surprised by those who rented the bikes.

“We didn’t expect the response, we thought predominantly that the people who use it would be exchange students or people staying here for a short term,” Chao said. “But it turns out we also have a lot of people who came in as freshmen, and keep asking us can they rent one year instead of one semester.”

With the success of the program and the recent expansion of the shop, Chao and Crosby have got their work cut out for them.

“I wouldn’t say (Chambana Bike has had) unforeseen problems — I need to hire about four or five more people,” Crosby said. “Because we’ve got a lot of work, and we have a lot more people than we did last year, and we actually expanded, and have a lot of new things going on.”

Aside from encouraging people to come into the shop and feel comfortable, the bike shop dedicates time to educating the public by researching where the most bike thefts, accidents and tickets occur, and displaying infographics showcasing this data in the back of their store.

“We hope that once they experience (having a bike), they will find it worth their money to invest in a better bike and know how to take care of it,” Chao said.