Illinois women will not get equal pay until 2065 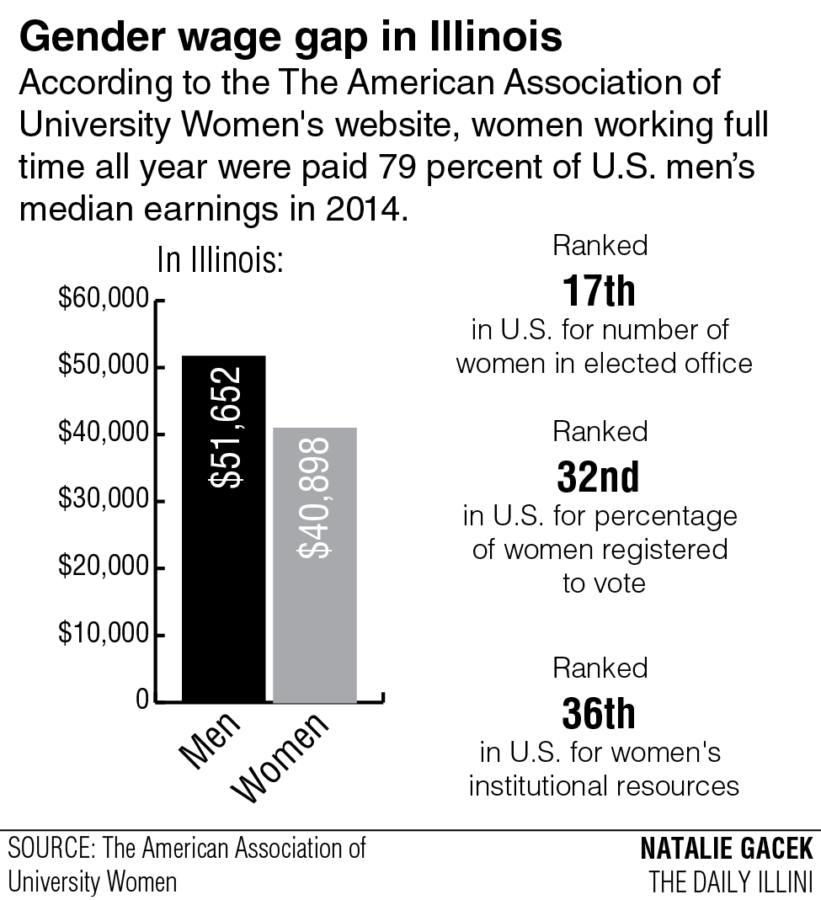 Working women in Illinois will not achieve equal pay for 50 years.

A recent study published by “The Status of Women in the States” and released by the Washington-based Institute for Women’s Policy Research, IWPR, in May found women and men will earn the same wage by 2065. The study approximated when each state will have equal pay if all trends remain the same.

Julie Anderson, a research associate at IWPR, said the institute conducted the study with the intent to bring about policy change.

“Projections garner a lot of interest,” she said. “They capture the imagination more.”

Anderson said the answer to why it will take such a long time for women to achieve equal pay is a complex one.

“In the mid-20th century women began going into the workforce quickly. Men’s wages went up and women’s wages remained stagnant,” she said. “Due to many complex economic factors, for example not having affordable childcare, paid maternity leave or paid sick leave, it is especially difficult for women to stay in the workforce.”

These conditions will especially affect female University students as they enter the working world after graduation.

Among the 50 states and the District of Columbia, in 2038, Florida will be the first location where men and women will have equal median annual earnings. Wyoming is predicted to be the last state to reach equal pay in 2159, according to the study.

“I’m glad they’re informing people about this,” said Samantha George, junior. “But it is frustrating that it will take so long.”

Anderson hopes the concerns brought up by the results of this study will encourage women in the U.S. to take action. “(The statistics) can be a motivating factor,” she said.