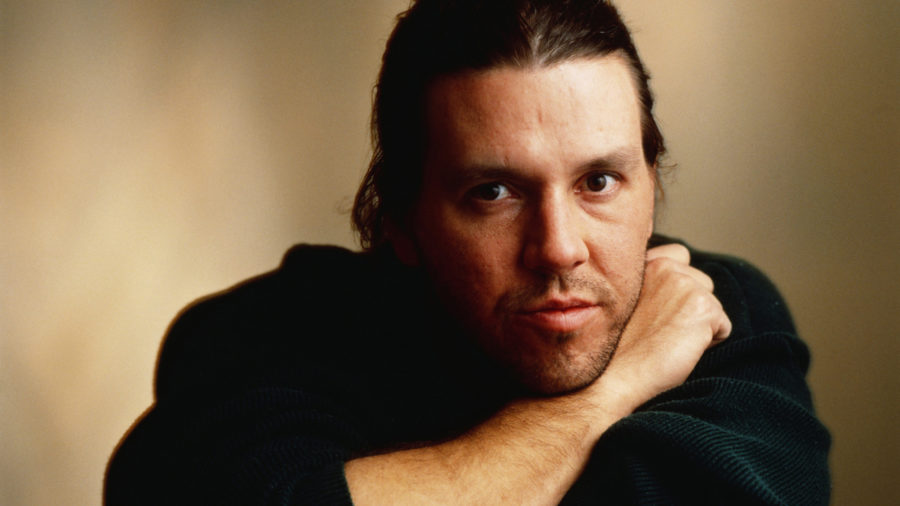 Students at the University may not realize that Jason Segel’s latest movie role — David Foster Wallace — has ties with the Champaign-Urbana area.

Wallace’s father, Professor James D. Wallace, is a professor emeritus of philosophy at the University, and his mother, Sally Foster Wallace, was a professor of English at Parkland College. Wallace attended Yankee Ridge School and Urbana High School, where he was a regionally ranked junior tennis player.

Wallace is known for his essays, non-fiction works and novels. His most notorious book, “Infinite Jest”, published in 1996, is over 1,000 pages and features 388 end notes. The acclaimed writer struggled with addiction and depression and ultimately committed suicide in 2008. Recently, the biopic “The End of the Tour” was released in theaters in July, starring Segel as Wallace.

Two of Wallace’s former colleagues at Illinois State University, Charles Harris, professor emeritus of English, and Robert McLaughlin, current professor of English, will be presenting “Infinite Quest: Unraveling the Life and Work David Foster Wallace” at 7 p.m, on Wednesday at the Urbana Free Library. The lecture will talk about Wallace’s life and career as well as the major themes of his work, according to McLaughlin.

“If they’ve had their interest piqued by the film or things they’ve read and want to know more about David Foster Wallace, this is the event for them,” McLaughlin wrote via email.

McLaughlin and Harris became close with Wallace during his time as a professor at ISU. Harris was the chair of the English department for 15 years and hired Wallace in 1993.

Carol Inskeep, adult services librarian at the Urbana Free Library, came up with the idea of “Infinite Quest.”

“Part of what prompted it is the release of the movie, ‘The End of the Tour’,” Inskeep said. “There has been a long-standing interest in David Foster Wallace books at our library. I was interested that these books that have been out for so long are still of interest with people.”

Inskeep went on to explain that she is hoping that Harris and McLaughlin can help Wallace’s fans understand his more complex works.

“Some people just love it and take to it easily. I just find it daunting,” she said. “These two guys can lend a hand to those of us who want to give it a try.”

Harris said that “Infinite Jest” has become iconic because people can relate to the issues Wallace discusses in it.

“It is one of the more consequential novels written over the past half-century or so. Because of its complexities, it’s found a place in the academy. It will continue to be assigned and taught,” Harris wrote via email. “Its sensitive treatment of addiction strikes a chord in readers of all ages. Many high school students struggling with addiction problems are drawn to it, despite its difficulty.”

Both Harris and McLaughlin have seen “The End of the Tour.”

“I think it succeeded on every level,” Harris wrote. “Segel doesn’t attempt an impression of David, but gets him from inside, in a sensitive, accurate characterization. The Wallace estate has come out against the film, but I believe that David, had he been able to see it, would have appreciated it, just as the members of his family who have seen it reportedly did.”

Inskeep herself is a fan of the author for many reasons.

“He is widely recognized as one of the best authors of this generation. His work is profoundly funny. It’s an interesting mix of pop culture and deep literary significance. And he’s from Urbana,” she said.

Harris said that, even though Wallace has been deceased for seven years, his work and legacy will still live on in various ways.

“References not just to Wallace, but in many cases to ‘Infinite Jest,’ have percolated into TV shows like Parks and Recreation (and) The Office to Josh Radnor’s movie ‘Liberal Arts’ (and) the Decemberists’ music video for ‘Calamity Song,’ which recreates (a) scene from Infinite Jest,” Harris wrote.

Thinking about his impact, Harris reminisced over Wallace as a person.

“David was a good colleague, although he sometimes felt a bit out of place in the academy. He considered himself first and foremost a writer and only secondarily an academic,” Harris wrote. “But he was an effective and popular teacher, if somewhat unorthodox in his classroom demeanor. He was a wonderful person, capable of acts of kindness that were always performed under the radar.”