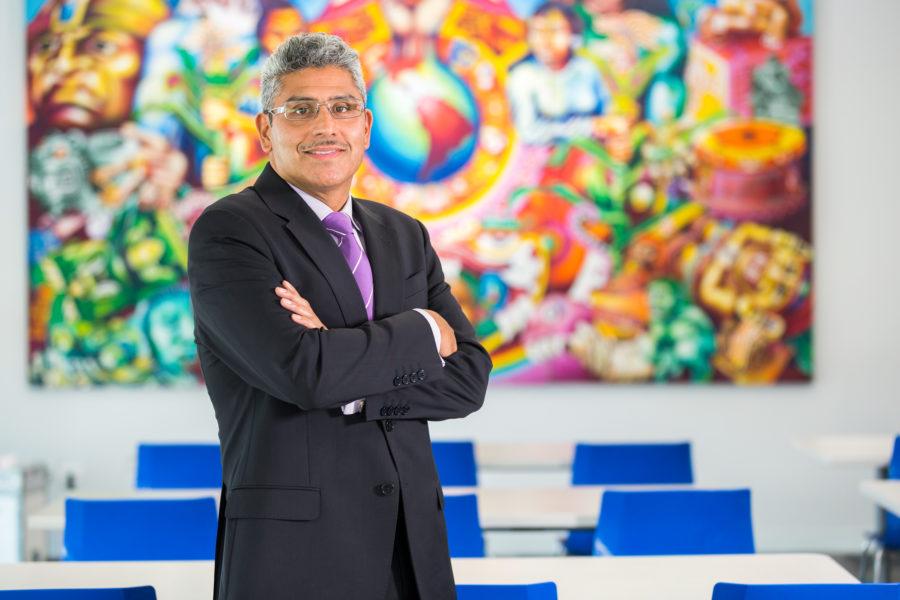 Juan Salgado, University alumnus, said he never expected he would be named a MacArthur Fellow. In fact, it was so unforeseen, he almost missed the announcement.

“I was shocked,” Salgado said. “First of all, I didn’t recognize the number so I almost didn’t answer; they actually called twice. When I finally understood what it was, I was shocked. I was grateful. I was speechless.”

Salgado was named a 2015 MacArthur Fellow on Monday. He will receive a “no-strings-attached” $625,000 grant from the MacArthur Foundation, also known as a “genius grant,” to continue his research.

Salgado graduated from the University in 1993 with master’s degree in urban planning. His work now focuses on immigrant communities centered in the southwest area of Chicago.

According to the MacArthur Foundation’s website, the fellowship “celebrates and inspires the creative potential of individuals through no-strings-attached fellowships.”

The fellows are nominated to the program by external nominators who are encouraged to suggest “the most creative people they know” from a broad range of disciplines including dance, journalism, various sciences and economics.

Fellows are then selected by an independent selection committee that consists of leaders in the sciences, arts and humanities, for-profit and nonprofit industries.

Salgado developed the Instituto del Progreso Latino in 2001 in Chicago. The institute works with adults who are often underemployed and face barriers in the working world due to immigrant status and struggles with literacy. The programs aim to equip people with the skills needed for higher-paying employment.

Since it was founded, the Instituto has expanded to include a program to prepare people for careers in health as well as manufacturing technology. Salgado said the institute strives to address other issues faced by its students such as transportation, child care and elder care.

The model developed by Salgado is being emulated in multiple other states including California, Indiana, Minnesota and Texas.

Salgado, who grew up in Calumet Park, Illinois, said his parents influenced his decision to study urban planning. His father, who was a steelworker, and his mother, a housewife, raised money to fund scholarships for other children in his community to attend school. Salgado said they had a strong belief in education and the betterment of the city and the people that lived in it.

Similar to his parents’ goals, Salgado said he wants to use the grant to “catalyze the betterment of our communities,” but he doesn’t have any definite plans for what he will do with the grant yet.

“I want to invest it in making the city a stronger city,” Salgado said. “I believe our organization has been and will continue to be a proof point that immigrants can ascend, and particularly Latino immigrants, Mexican immigrants, can ascend career ladders and make huge contributions to our economic, social and civic lives. Let that be an example for other organizations and other cities to look at.”