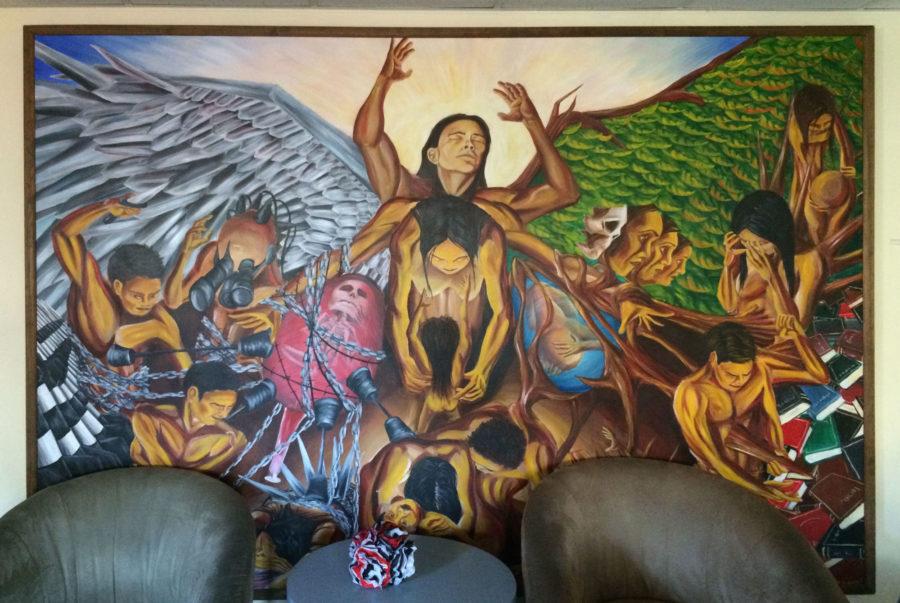 La Casa’s goal is to develop the educational, cultural and sociopolitical programs that lead to a stronger, more empowered Hispanic presence at the University, according to the website. According to the Office of Inclusion and Intercultural Relations, 8.1 percent of students in the total fall 2015 enrollment are Hispanic.

La Carta was established in October 1979 by Latin and Latin-American students at the University through La Casa, said Director of La Casa Gioconda Guerra Perez.

“Students had the opportunity to share their stories that were not often found in other publications,” Perez said. “It had many different purposes, but the main one was to educate the campus community about Latinos, Latino issues, their concerns and how things could improve for the Latino student body on campus.”

The paper varied in length and format, but its goal was to give a voice to the Hispanic community on campus, a minority group that often feels underrepresented at the University, said Cristina Lucio, senior in LAS.

Lucio said the paper often took strong stances against the perceived racism at the University. Especially in its earlier publications, La Carta refused to shy away from difficult issues involving marginalized minorities on campus.

Lucio uncovered the paper’s archives through her work at La Casa. She decided that the current mistreatment of minority students at the University demanded the paper’s immediate resurgence.

“If we look at the rate of retention and acceptance rates of students of color, more specifically black students and Latino students, we see that they’re lower than all the other (minoritized) groups on campus,” Lucio said. “They have a vision of what they want this campus to look like, and the fact that there’s a lack of effort worries me, and that to me is institutionalized racism. That to me is very structured.”

La Carta published their last paper in 2007. After 28 years of publication, the paper lost its funding and disappeared from campus. Lucio believes that the paper’s absence is further evidence of the mistreatment of minority groups on campus.

“I was told that there was a period of around three years where multiple publications run by students of color were shut down,” she said. “Maybe to someone that might be a coincidence, but to me it’s not. I feel that was very deliberate.”

Lucio also cited the controversy surrounding Steven Salaita as a reason for the paper’s return. Salaita was dismissed from his tenured position in August 2014 after he sent controversial tweets regarding the conflict in Gaza.

Lucio has put together a small group of interested students, including her friend Alberto Lara Valdivieso, for the purpose of reviving the paper. Valdivieso, senior in LAS, met Lucio through La Casa. He is responsible for scheduling and organizing their efforts for La Carta.

“We submitted the initial proposal, and now we’re editing it,” Valdivieso said. “We’re trying to contribute members to our core team.”

The proposal was submitted to La Casa, but the team is still figuring out logistics. Lucio feels that the proposal lacks a finalized structure for its members and specific pieces of evidence to support the papers’ necessity.

“I need to add more data, in terms of maybe getting testimonials from alumni, from faculty in order to prove that these are not just conspiracies we’re talking about,” Lucio said.

La Carta plans to release online articles at the end of the fall semester or the beginning of the spring. They are uncertain when they will publish a tangible issue, but that is part of their long term plan. The team hopes that La Casa will be instrumental in serving as their administrative supporters.

Lucio hopes this paper will finally bring back the political and social issues she feels have been ignored by the general public.

“When people of color gather together and talk about their experiences, especially in a white space, I think that is automatically very political,” Lucio said. “Things don’t happen unless students are behind this initiative.”