UI student named to national "It's On Us" advisory committee 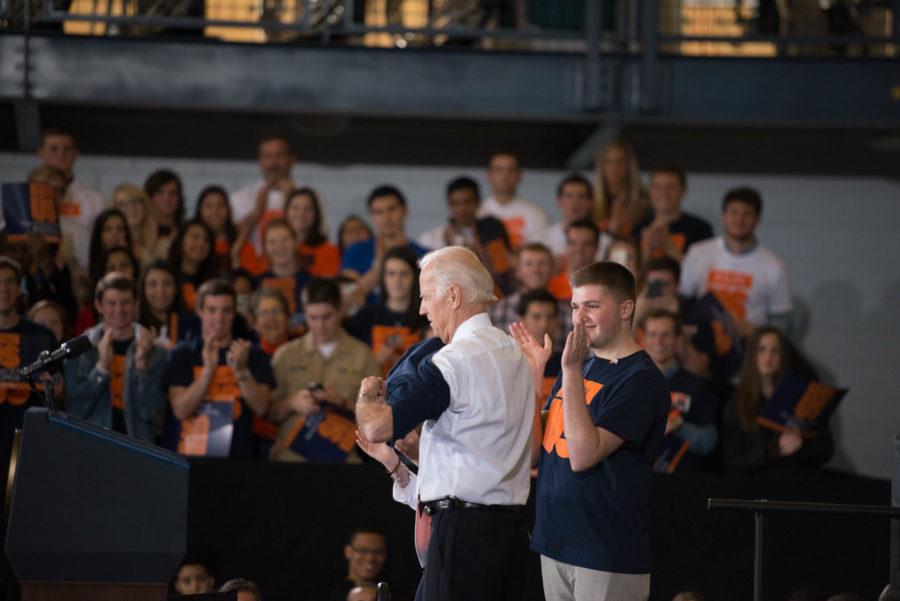 Matt Hill, Illinois Student Senate vice president-external, will serve on a national student-run It’s On Us advisory committee, according to a press release from Generation Progress and the Center for American Progress.

The 17 students, who will be on the student advisory committee, were announced Tuesday. The committee is comprised of a group of student leaders who will play an active role of getting new students involved and help shape the national and local strategy of the campaign, according to the press release.

Hill, along with Sarah Hochman, student senate vice president-internal, and Mitch Dickey, student body president, organized the launch of the White House’s It’s on Us campaign at the University last fall.

It’s On Us places an emphasis on community responsibility for sexual assault.

Hill helped organize several public service announcements about the campaign with University faculty members and athletes as well as various events such as a “Twitter town hall”, where students could submit questions or comments and be addressed by First Year Campus Acquaintance Rape Education representatives.

In addition, Hill served as a part of the It’s On Us task force chaired by himself and Hochman. The task force’s efforts led to the University having the most students sign the It’s On Us pledge, which attracted national attention and a visit from Vice President Joe Biden in April.

Hill said he was notified of his appointment to the national committee last week. He hopes to collaborate with his new committee members and provide feedback to further the campaign on a national level.

“I know that all of us (on the committee) come from very different universities,” Hill said. “Whether it be a large public institution or a small private institution, campus sexual assault is an issue that faces students everywhere.”

More than 230,000 people have signed the It’s On Us campaign, according to the release.

Layla Zaidane, communications director for Generation Progress, said the application process to be on the student-run advisory committee was “rigorous” and included multiple writing samples and interviews from over 100 applicants nationwide.

Zaidane said the goal is for students to collaborate to find new ideas in order to “reach students on other campuses across the country through local strategies as well as national outreach strategies.”