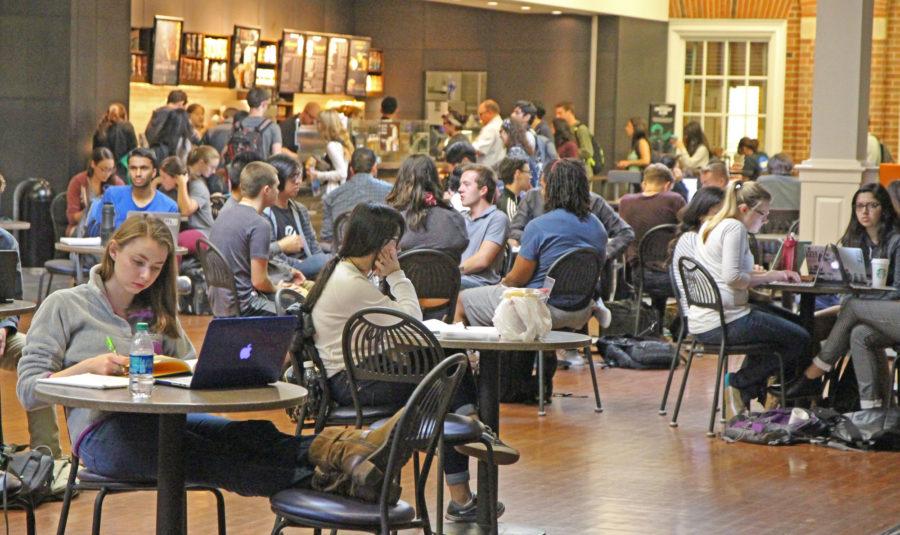 With 85,000 devices connected to the Wi-Fi on any given day, the University stands as one of the largest school-provided wireless networks in the nation.

Such high usage numbers lead to many challenges, including obtaining a secure connection to the University’s wireless network and staying linked.

Brian Mertz, CCchief communications officer for Technology Services, said that difficulty with wireless connections is not a new problem.

“The start of every school year we see a dramatic rise in the number of devices that people are bringing to campus that have Wi-Fi connections,” Mertz said. “We just need to scale up our network to handle that.”

This year stands out for an over-saturation of the network and a lack of properly configured devices, he said. Often, simple configuration changes can change the speed and the strength of a connection. Mertz said many mobile phones stay attached to a wireless connection access point for as long as possible instead of switching to a new access point with a stronger connection.

To combat this, a new network, “IllinoisNet_Devices,” was set-up this year solely for students’ gaming consoles, televisions, and other non-laptop devices. Students should connect their computers and mobile devices instead to “IllinoisNet.”

Issues occur across campus, but residence halls are uniquely affected since student devices make up most of the connections in the wireless network.

Alma SealineCC, director of University Housing, and Kirsten Ruby, associate director of housing for communications and marketing, said housing staff members helped technology service officials through residence halls to talk with students about their concerns with the network.

Technology Services added six support stations in laboratories across campus for students without easy access to their main help desk in the Digital Computer Lab building and set up booths in dining halls to help with immediate concerns.

Technology Services reached out to all other Big Ten schools and the University of Chicago to compare networks. The University has more connected devices than many of the schools — Nebraska has roughly 13-18,000 devices —, but wireless connections are an issue across the board.

“Each of us configures our network differently in terms of security, so some people have fewer problems than us, some have more problems,” Mertz said. “It is not anything uncommon in the Big Ten.”

For many students, difficulty remaining connected to the wireless network interferes with their daily schedule.

“It’s annoying, especially if you’re trying to get something done before a deadline,” said Jaco Chandra, freshman in LASCC.

Though Chandra experiences network drops on average at least once a day, he does not reach out for help.

Of the 900 students surveyed who noted difficulty with the network, 70 percent said they did not reach out for help.

“It’s not something too persistent,” he said. “It doesn’t disconnect for more than a short period of time, so I know how to fix it, really.”

However, Mertz emphasised it is important for students to contact Technology Services when struggling to sustain a wireless connection.

Mertz said that when students contact Technology Service for help on configuration and network set-up, the team is often able to solve problems right away and fully fix the issues.

“We know it’s frustrating both for people’s academic lives and personal lives here on campus,” he said. “We want to remove that frustration as quickly as possible.”