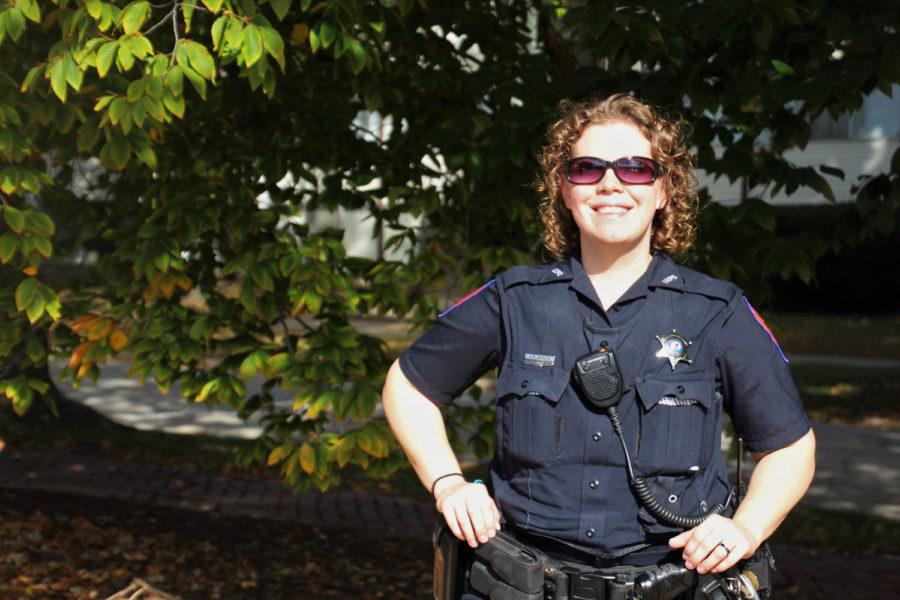 University of Illinois police officer Kristen Garcia has always had a desire to help others.

“I’ve also always been a problem solver and a peacemaker,” she said. “Those things all go hand in hand in law enforcement — figure out what needs to be fixed in each situation and help that person or scenario get there.”

Garcia said she hopes more women will be inspired to join law enforcement through the Women of Law Enforcement Career Fair on Oct. 17 at Parkland College’s Student Union Building.

The event is hosted annually by multiple Champaign County law enforcement agencies, and this will be its second year. The aim of the career fair is to increase the number of women in law enforcement so the agencies are more representative of the community they serve, according to the UIPD’s website. https://illinois.edu/blog/view/6221/258195

Garcia said the women are currently minority in the law enforcement field in Urbana-Champaign.

Among 62 reporting federal law enforcement agencies in 2008, 20 percent of sworn officers were women, according to the Bureau of Justice Statistics for Women in Law Enforcement from 1987 to 2008. http://www.bjs.gov/content/pub/pdf/wle8708.pdf

The UIPD has 63 police officers, 12 of which are female officers. Three women hold supervisory roles as lieutenants and sergeants, Garcia said.

Garcia said there are challenges to being a female in law enforcement that men do not usually face.

“There can be a lack of respect and refusal to cooperate because we aren’t taken seriously,” she said.

Although she does not currently plan to pursue law enforcement, Castaneda worries she would “not be taken seriously,” because she is woman.

However, she said increased knowledge about careers in law enforcement could help increase the number of women in the force.

Castaneda said there should be a raised awareness about women’s concerns in order to cater to their differences.

However, Morgan said these differences will always be present, but being aware of them and working to keep them from hindering women is essential to increasing women in the force.

“Although there are differences, I think that it is just a matter of adapting to those and changing for the situations,” she said.

The career fair will allow young women to consider pursuing a career in law enforcement by giving them an opportunity to discuss the challenges with women in the field.

“Women may be concerned about pursuing this career because of the long hours that could conflict with raising a family,” Morgan said. “It just doesn’t seem like a very family-friendly environment for a woman.”

Garcia feels women may be discouraged by a lack of ability, but she finds anyone is capable of having a career in the field.

“I believe so few women are in law enforcement because they don’t think they’re qualified. Anyone can do this,” she said. “The majority of the women in our department do not have a criminal justice background. We have one that plays fiddle music on the violin, a photographer, a former athlete and many other diverse backgrounds.”