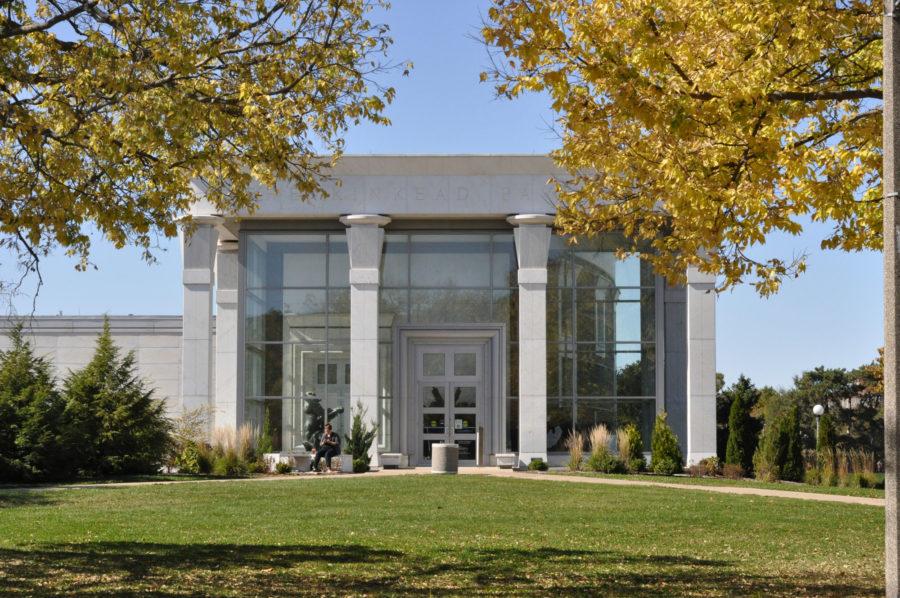 The Kinkead Pavilion at the Krannert Art Museum on October 14, 2015.

The arts have an impact on society that may at times go unnoticed. But now, due to budget cuts, funding for the arts has hit a low in the state of Illinois.

Gov. Bruce Rauner’s proposed budget cuts have reached multiple government entities and the public arts are the newest program facing cuts. Museums such as the Illinois State Museum and its accompanying branch sites have had to face limited support from Illinois. Combined with the lack of funding resulting from the state budget standoff, the museum has closed its doors for the foreseeable future, leaving the future of arts in Illinois uncertain.

“There are many universities’ professors, researchers and students who rely on the collections of the Illinois State Museum to do their research. And right now they no longer have access to any of those collections whatsoever,” he said. “So we have numerous research projects that have just ground to a halt and are no longer possible because of the closing of the Illinois State Museums.”

As for the University, it remains unclear how the decrease in funding will have an effect on the curriculum for the arts.

“On campus, the arts are a vital component of the comprehensive university education which students enjoy at (the University.) Like all other units on campus we do not yet know the impact the state appropriation will have on our unit, but we are making plans to ensure that we preserve our core missions of teaching, research, scholarship and engagement,” said Paul Redman, executive assistant dean for administration in the College of Fine and Applied Arts.

Students may not just be concerned about the effect the state budget may have on them, but how the lack of funding will affect society as a whole.

“I guess because without funding the expansion of the arts is impossible and, according to one of my professors, the downfall of every civilization throughout history is a direct outcome of the downfall of culture,” said Nora Mokate, junior in FAA. “Which I guess would be the arts, and America’s number one export (culture.)”

The lack of funding from the state has caused independent agencies, such as the Illinois Arts Council Agency to fill the funding gap that the museums need.

“I think that Illinois has been under extreme budget constraints, or there’s been disagreements on how the budget should be developed and what should be passed,” VanderBrug said. “Right now, like many other agencies, the Illinois Arts Council does not have a budget. It’s not able to provide any grants because the funding is simply not there.”

Arts Alliance Illinois recently conducted a study about the positive economic impacts of creative sectors in Illinois. According to the study, the nonprofit art and culture sector alone is a $2.57 billion industry in the state of Illinois. All of the money in the sector is generated by spending from nonprofit arts organizations and their audiences.

“We know that the arts and culture nonprofit sector in Illinois supports 78,000 full-time equivalent jobs, it generates $2.3 billion in household income and then it delivers $324 million in state and local government revenue,” VanderBrug said. “That’s a huge economic impact that benefits businesses and organizations, including universities and the cities that they’re in.”

Although the future of Illinois arts remains murky, Illinois artists and their supporters’ goal remains clear.

VanderBrug said he is optimistic Illinois patrons of the arts will continue “to voice the central role that the arts and culture play in our society and our economy.”

“We will continue to voice the importance of the arts and culture sector and we will do that until a budget is passed and things are fully funded,” he said.