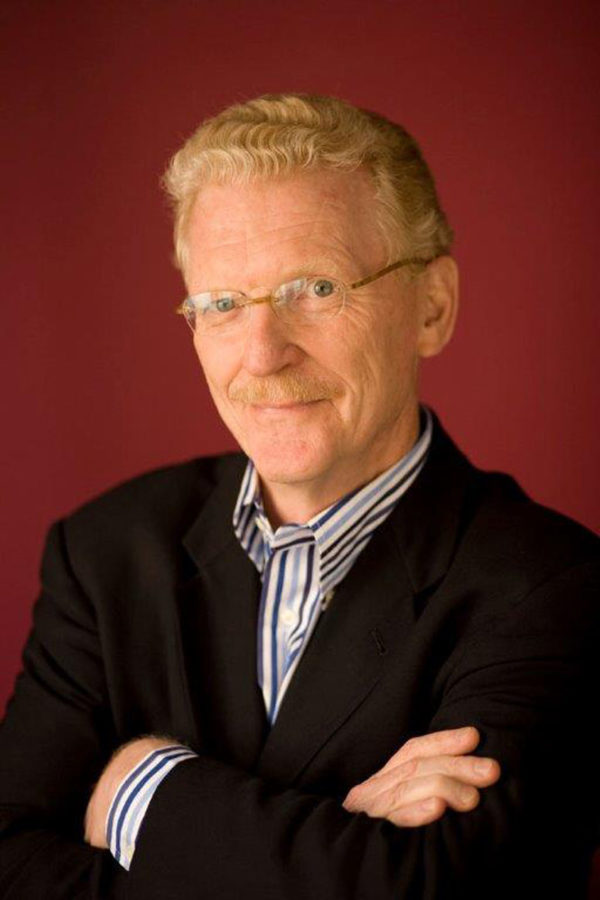 Bill Geist, a Champaign native and Illinois alumnus who earned his degree in communications, will be serving as grand marshal of the 2015 Illinois Homecoming Parade.

Currently residing in New York City, Geist has been a correspondent for CBS Sunday Morning since he joined CBS News in 1987, and is known for his quirky storytelling of people and places all over America.

The Daily Illini spoke with Geist to discuss his career, alma mater and memories of his hometown.

The Daily Illini: How did you establish national success after having grown up and received your education in Champaign?

Geist: What happened was I was a photographer in the army, and met several people there. One of my friends worked for the Chicago Tribune and got me an interview there, and I worked out in the Chicago suburbs for eight years. I thought I was never going to get out of the suburbs. But Chicago was an intimidating other world (compared to Champaign), and going to New York was similar to Chicago, it was another planet entirely, which was good. I kind of judge everything in the world against what life was like growing up in Champaign. It makes for an interesting perspective to observe things from.

DI: How did your experience in Vietnam shape your career choice in journalism?

Geist: Hanging out with photographers and journalists in Vietnam really did convince me that these were the type of people I wanted to be around. But I think (my experience in Vietnam) definitely had something to do with (my career choice). When I got out of the army from Vietnam, my parents had moved to the Lake of the Ozarks in Missouri, and I went to (Mizzou) as a grad student for journalism, I’m not sure how I got in. But I just liked the people and what they were interested in. They were my kind of people.

DI: How did this turn into you eventually writing for the New York Times?

Geist: Well I had August off (at the time), and I looked up the names of three editors. One from the New York Times, LA Times, and the Washington Post. Just on a whim, I sent them some clips, and the (New York Times) called me back immediately, they wanted somebody to write about the suburbs. And I actually argued with them, ‘Why do you want me?’ I was actually fighting a wonderful thing that had happened to me. I was afraid I would get there and they would say “What is this guy?”

DI: How do you think your time spent at Illinois affected your career?

Geist: It’s a great school, and I didn’t even know that since I grew up in Champaign. I didn’t even know it was a great school until I got out. I think more than anything it’s just the people you meet in college and hang out with; it forms your personality and interests. (Illinois) is a great school and has everything to offer, but I think as much as the classroom, from the social side. Playing pinball machines for three hours in a bar, with other guys hanging around, and the back and forth repartee, that stuff was educational.

DI: Was there a favorite moment you remember from the college years?

Geist: Oh boy. A lot of it I don’t remember because of the intake. I met my wife, Jody Geist, at Illinois. I think one of the classic moments for me was sitting in KAM’s, and she sidled over to me and said, ‘You got a light?’ like a 40s movie star, to light her cigarette. So we had beer in common and a good sense of humor. I think that was probably my best moment there, when she introduced herself to me, which surprised me, because very few women had done that.

DI: Had you always seen yourself doing broadcast?

Geist: No. I was working at the Times and I got a call from Don Hewitt, the guy who started 60 Minutes, at home on a Saturday, and said, ‘Have you ever considered broadcasting?’ and I thought about it for a second. I had just read an article in the paper that Andy Rooney got a million dollars for a famous book, with that in mind I said, ‘Yes, yes I have.’ I did a tryout thing for them, then Charles Kuralt, who started the CBS morning show, called me and convinced me. He said, ‘Come on and do it, it’ll be fun’ and I always say, ‘I’m a sucker for fun.’”

DI: Do you have a favorite piece you’ve done for CBS?

Geist: That’s a hard question because there’s been a lot of them. I think out of the TV pieces, the one about the 93-year-old pilot out in northern California. He published his own newspaper, and I think I liked him because my parents used to publish the Issue Reporter before I was born. This guy not only took all the pictures and sold all the advertising, but he would deliver them and would fly a plane, fly down low and drop (the papers) on peoples ranch or front doors. He would be folding his papers and humming and I’d have to say to him, ‘I hate to be a backseat driver but there’s a mountain in front of you’ and he goes ‘Ohhhhhh,’ like he hadn’t seen it. Plus he’d had three or four heart bypass operations. The crew said they couldn’t fit in the plane so they just mounted a camera, which I think was a cop out.

DI: You’ve done so much throughout your life, what has been your biggest accomplishment?

Geist: I think making people laugh. I haven’t achieved any great things helping humanity. I think one reason why people laugh is because they see a little bit of themselves in being kind of screwy and off base. Everybody thinks they’re not the norm. People write me letters and say, ‘I read your columns in the Times and I was laughing so hard it was embarrassing. I had to pull off the highway and laugh for awhile.’ It’s a good feeling to know that it’s been received well.

DI: Is there one place in Champaign-Urbana that you always look forward to visiting?

Geist: We used to go to Steak n’ Shake on Green Street, because that’s where I grew up as a kid, but that’s gone now. Some changes are for the worse, and that’s for the worse. That was a big blow. That’s where I was introduced to my wife’s mother, who was a big Steak n’ Shake fan. But one place I’m definitely going to go is the Union, because of all things, my picture is hanging up in the Union, next to the Noble Prize winners. What’s wrong with this picture? They’re all black and white photographs, and then there’s a color photograph of me. It doesn’t faze me one way or another, I just think it’s funny.