New task force to be implemented 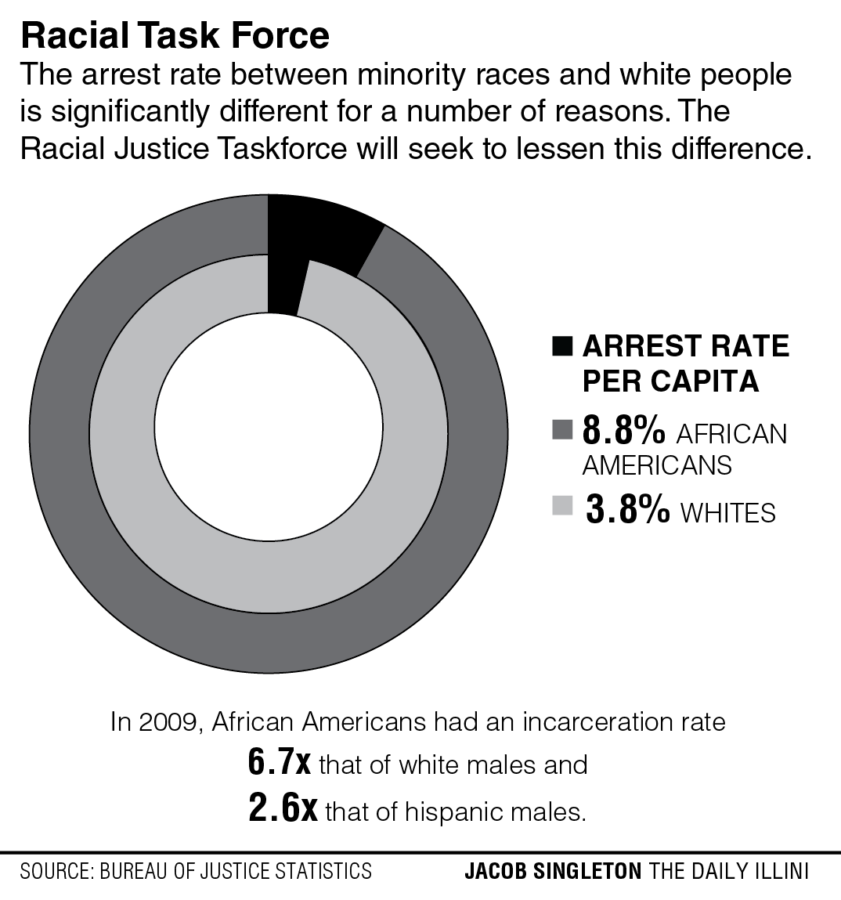 A month after a panel on race relations was held featuring Champaign community leaders such as Mayor Deb Feinen and Chief of Police Anthony Cobb, the Champaign County Board approved the creation of a local task force investigating race relations.

The Champaign County Board approved the creation in a 15-5 vote, calling for the establishment of a local task force to research racial issues in the county and any potential racial injustices in the county’s operations.

The approved resolution was a revised, shorter version of the original proposed resolution.

“The shorter version that was approved had no specific defined parameters,” said Patricia Petrie, Champaign County Board chair. “I can assure everybody that I will integrate the suggestions that are in the long form (proposal) into how we set up the task force”

“I encourage those people in the community who have expressed concerns about racial justice to consider applying for the task force,” she said.

The timeline for the creation of the task force is in formative stages; Petrie said she hopes to have the task force members submitted to the board for approval by January. Once approved, the task force will begin to conduct research and prepare reports over the next six months.

The sheriff’s office plans to comply with the task force and work alongside them to the best of their abilities, said Allen Jones, Champaign County Sheriff’s Office chief deputy.

According to members of the Champaign County Board, there is a high level of community support for the task force. Community groups such as the North End Breakfast Club, a group of African-American community members who work together to better the community, attended the county board vote and voiced their support for the motion.

Petrie said the County board meetings attracted a large number of pro-task force attendees. The assembled members of the community were unhappy the shorter version of the resolution was passed, and their testimonies to the board urged for the creation of the task force.

Mrigank Bhardwaj, freshman in the College of Engineering, said he thinks the task force is a good idea to address a real problem and should exist as a worthwhile investment.

Leon Dixon, sophomore in DGS, said he also supports the program and hopes the program manages to fulfill its difficult goal.

Anthony Sanders, a junior in the College of Applied Health Sciences, said he “definitely approves” of such a program, and hopes the force can ensure that all police officers have the same power and all citizens have the same protections through them. He said he would like to see more minority officers in the county’s law enforcement and administration too.