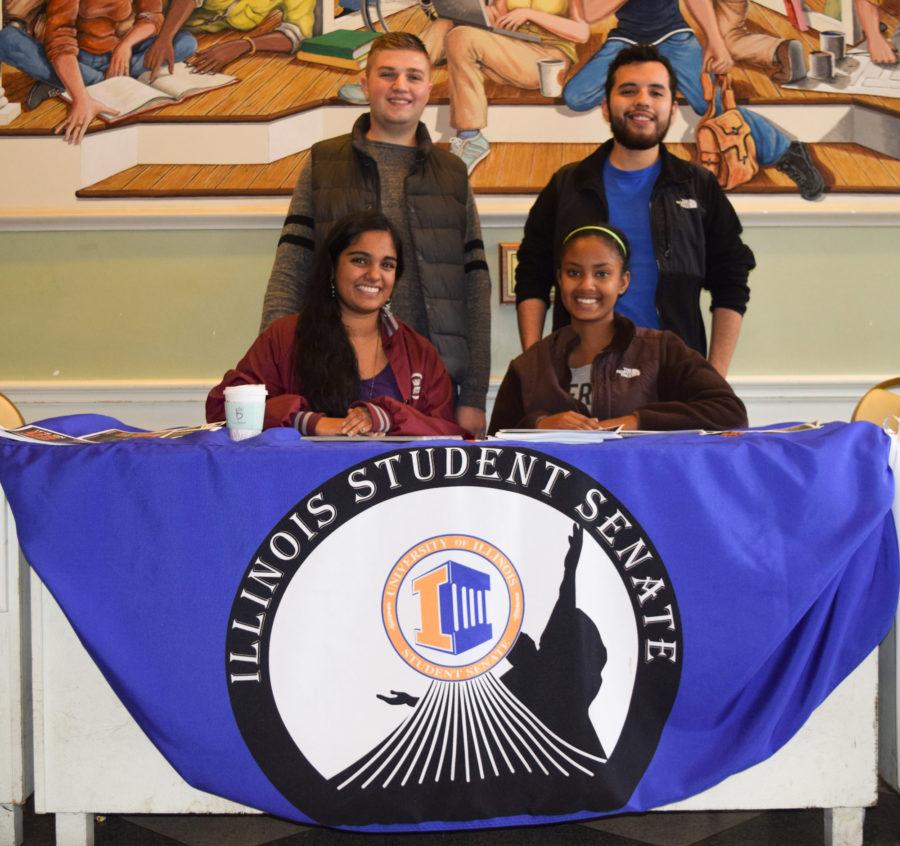 “We’re trying not to be coercive with this,” Hill said of the flyers students handed to others entering the building.

The fliers featured the “It’s On Us” tagline and detailed the survey, which was emailed to students earlier Tuesday morning.

Romano, who helped organize the survey, said the aim of the survey is to gather more information about sexual assault and misconduct on the University campus.

“The more we know and the more knowledge we have about sexual assault on campus and about student attitudes about resources the better,” she said.

Romano said the first step in addressing the issue of sexual misconduct on campus is just knowing what occurs and how.

Hill said the University created the survey after the University decided to opt out of a similar American Association of Universities survey this fall; the decision not to participate was made because it was expensive and less in-depth than the University’s own.

Instead, Romano researched the AAU survey, looked at how other schools handled similar surveys and put together a team to develop the University’s own survey.

Hill said he talked with the student body president at the University of Minnesota about the findings of the universities survey to gage what to expect for the Urbana campus’s results.

“They said the results were pretty sobering but reflective of the national statistics we see,” he said.

The University survey is independent of the AAU survey, although the University is a part of the association.

“It’s a pretty comprehensive survey a group of researchers and professors at our University have been working to compile,” Hill said.

Romano said the survey is consistent with the goals and mission of the White House’s “It’s On Us” campaign but the two are not affiliated.

The email inviting students to participate in the survey — which addresses each recipient by their own name — states the University is doing “everything it can” to educate students about sexual misconduct and prevent sexual misconduct, in addition to addressing problems that arise.

The survey is not connected to participants’ names or University Identification Number, making it completely anonymous. Depending on a participant’s experience, the survey will take anywhere from 20 to 40 minutes to complete.

“Their goal is to make sure any research participants are protected and safe,” Hill said.

Students can participate in the survey until Nov. 20. The Illinois Student Senate will host an informational table on the Main Quad from 11 a.m. to 2 p.m. on Tuesday and will distribute more information while the survey is available.

Students who participate in the survey will also have the opportunity to enter into a lottery to win one of 100 gift cards, ranging in value from $80 to $20. According to the email, if 20 percent of students participate — which is expected — the odds of winning will be one in 88.