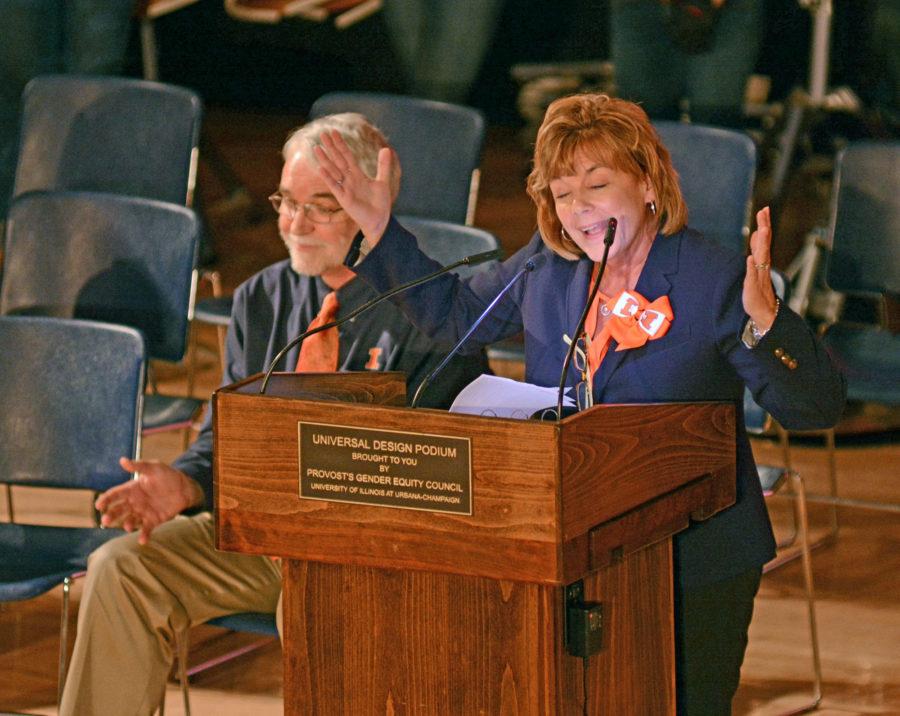 It was the annual meeting of the faculty, but President Timothy Killeen made sure to reiterate the importance he places on students at the University.

“What comes first is the student experience,” he said.

Killeen and Interim Chancellor Barbara Wilson hosted the meeting Monday to address University issues and allow for an open discussion of concerns the University faculty have expressed about the administration.

In addition to highlighting high notes for the University — including more diversity in the student body and overall increased enrollment — Killeen said he hopes to repair the reduced confidence students and faculty have with the University administration.

“We need to rebuild some trust with our governing structures,” he said. “There is a huge amount of work to be done.”

Wilson also emphasized the need to rebuild trust in the administration and to move forward on resolving the censure placed on the University from the American Association of University Professors.

“Another goal I have is to try to work toward a renewed sense of community on this campus,” she said. “I feel as if we need to do a little bit of restoration of trust, and I’m not sure exactly what that means.”

“The elephant in the room still remains the Salaita case,” he said. “It has had a disproportionate effect on the humanities.”

Wilson said the University is “working actively” to resolve Steven Salaita’s case but she could not provide details. Salaita’s appointment was rejected after he posted a series of controversial tweets.

“(President Killeen) mentioned that we are up in terms of underrepresented minorities here and that’s great,” he said. “What concerns me a great deal is the environment they find when they get here.”

Rosenstein said many students still continue to purchase items that are degrading of Native Americans and the administration should work to reduce the sale of those items.

He proposed that the campus administration educate students about the symbols in order to uphold University standards of diversity and inclusion.

In response, Wilson invited faculty to help solve the issue.

“I’m hearing you,” she said. “I guess what I would say is, I think I would welcome your involvement and others in some sort of educational effort.”

Nevertheless, both Killeen and Wilson said they felt that the University has made progress this year.

“The campus, from my perspective, is forging ahead on so many fronts,” Killeen said.

Although the University has still not received a budget from the Illinois government due to the state budget standoff, 120 new faculty were hired for the 2015-2016 academic year and student enrollment is at a historic 80,000 students, he said.

“In spite of all of the sense of turmoil that some of us have experienced in the past few months, we’re actually making a lot of progress on the campus,” Wilson said.