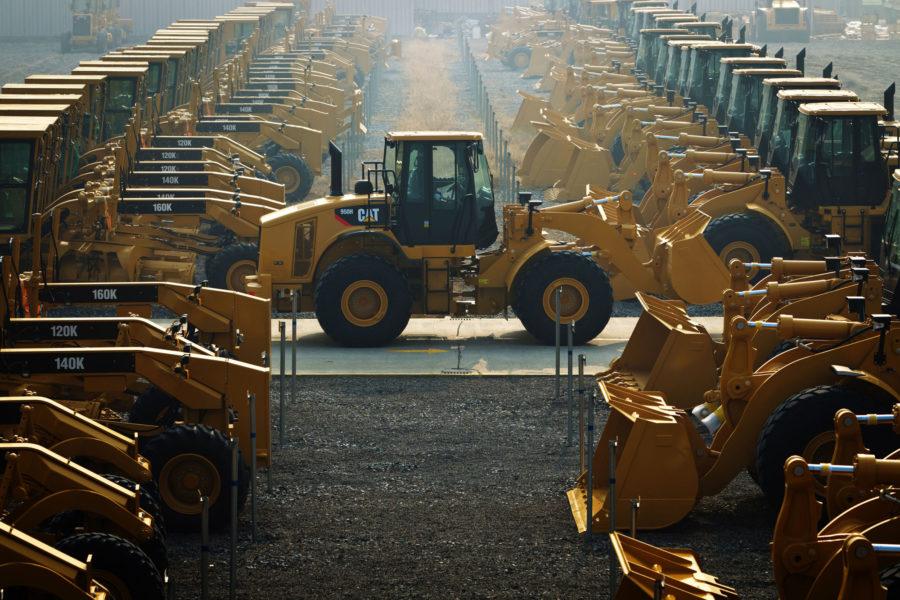 Recently, Caterpillar Inc. announced 4,000 to 5,000 job cuts by the end of 2016 and possibly cutting 10,000 jobs through 2018, according to the company’s Sept. 24 press release. What does that mean for University graduates interested in working for the company?

http://www.caterpillar.com/en/news/corporate-press-releases/h/building-for-a-stronger-future-caterpillar-announces-restructuring-and-cost-reduction-plans.htmlCaterpillar, headquartered in Peoria, is the leading manufacturer of construction and mining equipment, industrial gas turbines, diesel and natural gas engines and diesel-electric locomotives, according to the company’s website.

According to Caterpillar’s 2014 Fact Sheet, the company had 114,352 full-time global employees.

Caterpillar announced in the press release that it would take cost reduction actions. The release stated that the sales and revenues outlook weakened for 2015, and sales and revenues in 2016 are expected to be around 5 percent lower than in 2015.

Doug Oberhelman, Caterpillar chairman and CEO, said in the release the company has experienced challenging conditions in its mining and energy sections.

What does Caterpillar say?

“Caterpillar remains committed to building up STEM education to boost the next generation of innovative manufacturing workers. We have continued our relationship with the University of Illinois,” said Matthew Lavoie, Caterpillar spokesman in an email. “Earlier this year, we established a new data analytics laboratory on campus that will further strengthen our relationship with the university.”

Caterpillar at the University

According to Research Park’s website, Caterpillar opened the Champaign Simulation Center within Research Park in conjunction with the University’s National Supercomputing Center in 1999. In February 2015, Caterpillar announced the opening of its data innovation lab.

The Caterpillar facility at Research Park works as a “recruitment pipeline” for the company. The website states Caterpillar has hired 65 percent of University students who were offered positions.http://researchpark.illinois.edu/news/caterpillar-celebrates-grand-opening-data-innovation-lab

Since Caterpillar first opened at the University, close to 500 students have interned there, said Laura Frerichs, director of Research Park.

What does the University think of Caterpillar at Research Park?

“Caterpillar gives students a wonderful opportunity to apply their engineering skills in a real world environment and build expertise in product design, simulation, modeling and optimization,” Frerichs said in an email. “Students receive mentoring from experienced engineers and are paid well during the school year with the internships Caterpillar provides at the Research Park.”

Michael Nute, Ph.D. student in statistics, worked for Caterpillar at Research Park over the summer of 2014 and was rehired to work for the 2014-2015 school year. He said he believes the work Caterpillar does is important.

Nute said the Research Park team is phenomenally talented and important to the future of Caterpillar. He said he believes there will be more people working for Caterpillar at Research Park in the coming years, based on what he knows of the industry.