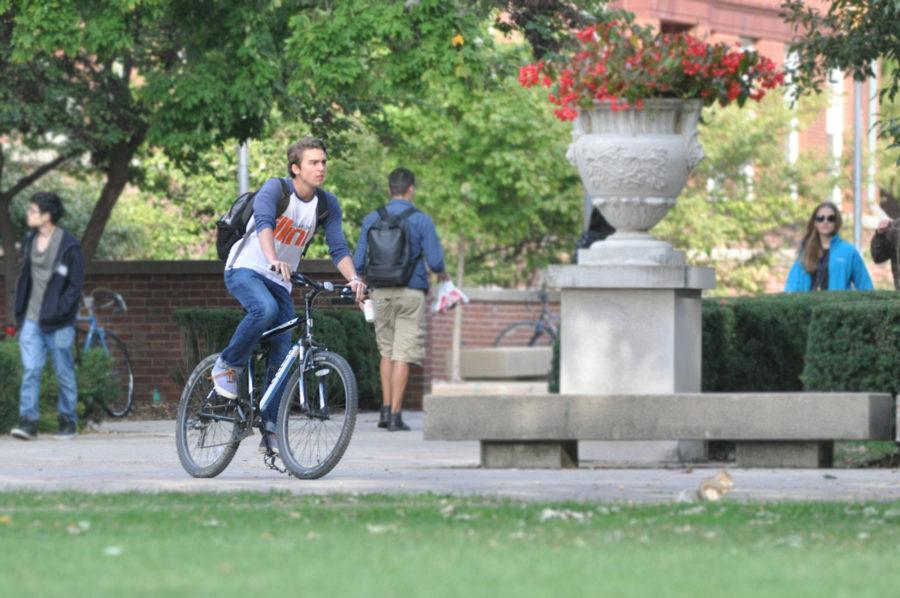 Bikers now have a safer way to ride their bikes at night thanks to an LED-lit jacket created by students at the University.

Four sophomores in Engineering – Anish Bhattacharya, Edgar Cortez, Naoki Tsuda and Alex Leelb – created the jacket as a part of the IEFX Summer Scholars Program lbthe summer before their freshman year. What was originally a class project prompted the students to form a startup called Actif.

The team wanted to find a way to improve visibility of bikers at night so that they could ride their bikes while still being safe. The IEFX program initially gave the team about $100 to design the jacket and create a proof-of-concept.

“There are a lot of bikers on campus at night — a lot of miscommunication — so we took that idea and took a jacket,” said Bhattacharya, head of design for the team.

Tsuda, financial officer for Actif, said he mimicked the placement of car lights to create the jacket.

They decided to use a jacket because it was the article of clothing that bikers are most likely to wear, Tsuda said. The jacket features one LED light on each arm for turn signals, one on the back that functions as a brake light and one perpetual blinking light.

“Everyone is familiar with car signals, so it would be the same,” said Cortez, who is in charge of programming and coding.

Bhattacharya said that Actif hopes to test the jacket next spring.

“We are partnered with The Bike Project on campus, and we are hoping to start a prototype demo-ing system,” Bhattacharya said.

Tsuda said Actif is working with Research Park as well as some entrepreneurs in the Champaign-Urbana area.

“We’re students, so we’re not financially or business educated,” he said.

Actif is currently modifying the jacket to make it more customizable and adapting the design for runners and longboarders.

“We are trying to make it for not just biking,” Cortez said.

They are also working on having Bluetooth capabilities for the jacket so the lights may be activated without the jacket being attached to a physical switch.