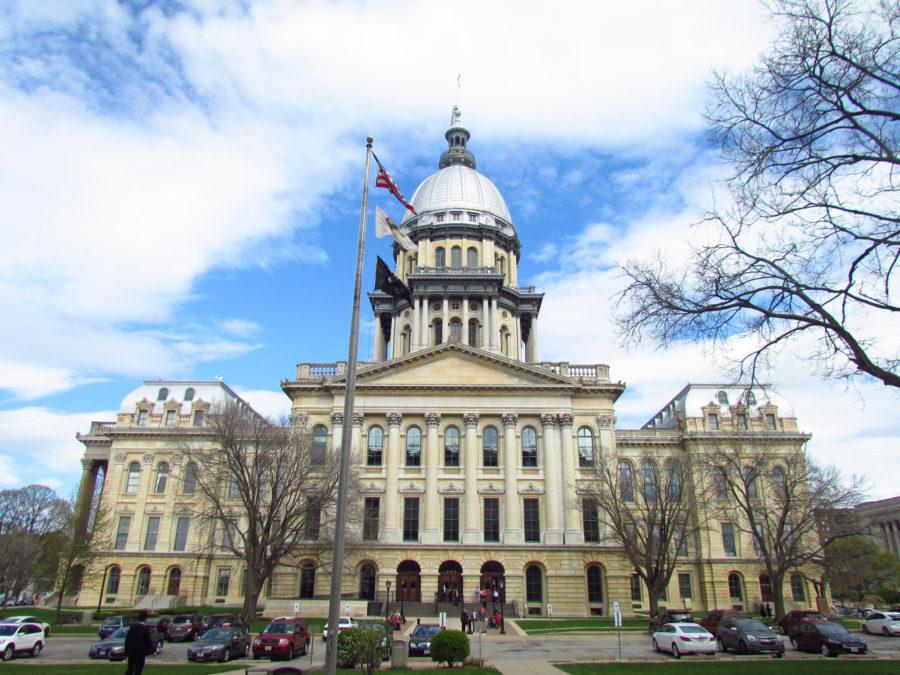 Higher education had the third-highest number of lobbyists among industries in 2014, according to a recent study from the Center for Responsive Politics. Higher education lobbyists came in third, following technology and drug manufacturing.SO

Universities and colleges all across the country have representatives to push for the causes involving higher education, and Illinois is no exception.

Part of this money is spent on lobbying representatives, who relate various issues the University is facing to Capitol Hill.

Lobbying is conducted at the local, state and national levels. And, despite the high number of paid university lobbyists, students still lobby for causes on their own.

This year, Mitch Dickey, Illinois Student Senate president, has been lobbying representatives to renew the Monetary Award Program grantSO. Last week, administrators announced that due to state budget constraints, MAP grants may not receive funding. If the program is not funded, students would be required to pay these grants back.

Dickey said 130,000 students in the state of Illinois have the MAP grant. There are 5,667 MAP grant recipients enrolled at the University.SO

“Legislators have not been able to brush off that MAP and higher education funding,” he said. “The reason they can’t brush it off is because we’ve been putting a lot of pressure on.”

The Illinois Student Senate spent $986 on stamps to initiate a letter writing campaign to the Illinois General Assembly in support of higher education and the MAP grant.SO

“This is the most basic but effective way to communicate to a representative about what matters to us as constituents,” he said.

Dickey spoke about the risk many students are in because of the potential termination of the MAP grant, stating that some students may potentially have to drop out of school without those funds.

“Higher education is a core function of our state government,” he said. “Not only in the entirety of how our economy in the state works, but also for the betterment of the people that come here.”

Laura Reimers, senior in LAS, assisted Dickey with the planning of the student lobby day on Oct. 20.

“No one’s going to do it for us,” she said. “Typically, students aren’t always paying attention to what happens in Springfield but when they do show up in such high numbers, that makes a huge statement to legislators.”

She said the day was a “free-for-all.” Three hundred students participated and found their legislators and pulled them off the floor to specifically talk about the importance of education and MAP grant funding.SO

“Most legislators, even if they disagree with us, are open to listening,” Reimers said. “I’ve had legislators that told me it was very memorable that there were so many students there.”

Clarification: The study from the Center for Responsive Politics cited in this article is updated each October. Thus, the year-to-year comparisons mentioned measured lobbying expenses from October of one year to October of the next year, rather than from January on.