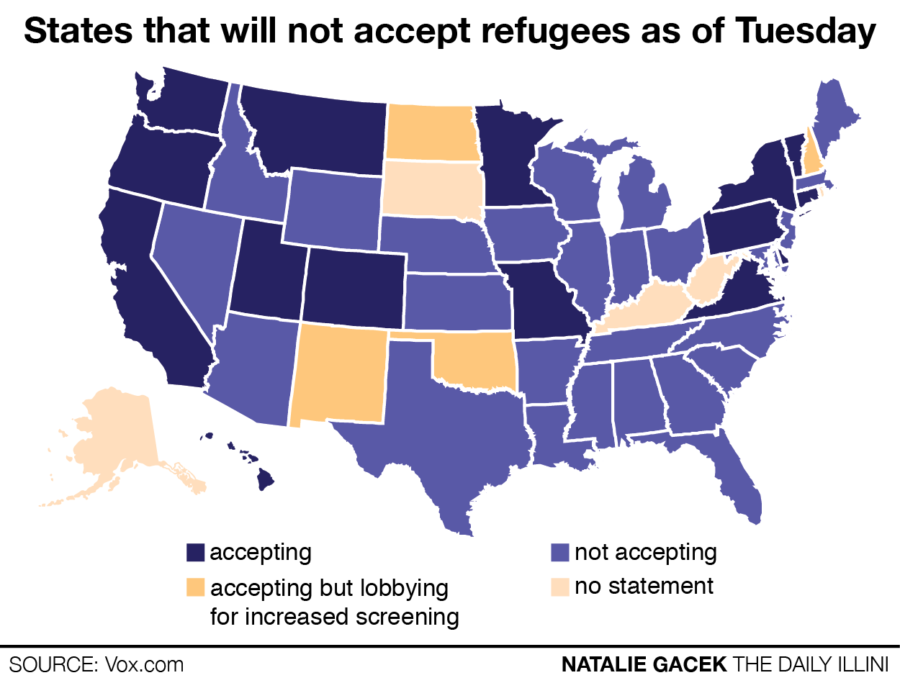 Twenty-six states in the U.S. have now announced they will not accept Syrian refugees.

Gov. Bruce Rauner announced Monday that the state of Illinois will not be admitting Syrian refugees in the aftermath of the Paris attacks Friday. The attacks were made by Belgian and French nationals affiliated with ISIS.

“We must find a way to balance our tradition as a state welcoming of refugees while ensuring the safety and security or our citizens,” Rauner said in the statement. “The state of Illinois will temporarily suspend accepting new Syrian refugees and consider all of our legal options pending a full review of our country’s acceptance and security processes by the U.S. Department of Homeland Security.”

President Barack Obama has stated the United States is still committed to accepting refugees and encouraged states to welcome those in need.

Federal law gives the governor responsibility for administering and supervising the refugee resettlement programs in their states, said Catherine Kelly, press secretary for the Governor’s office.

Kelly said the governor “has simply taken the responsible and prudent step of suspending the resettlement of Syrian refugees pending this ongoing review of our participation in the refugee resettlement program.”

According to the Department of State, Illinois has taken in a total of 169 refugees from Syria from 2010-2015.