Bibles set to stay in Union Hotel for the foreseeable future 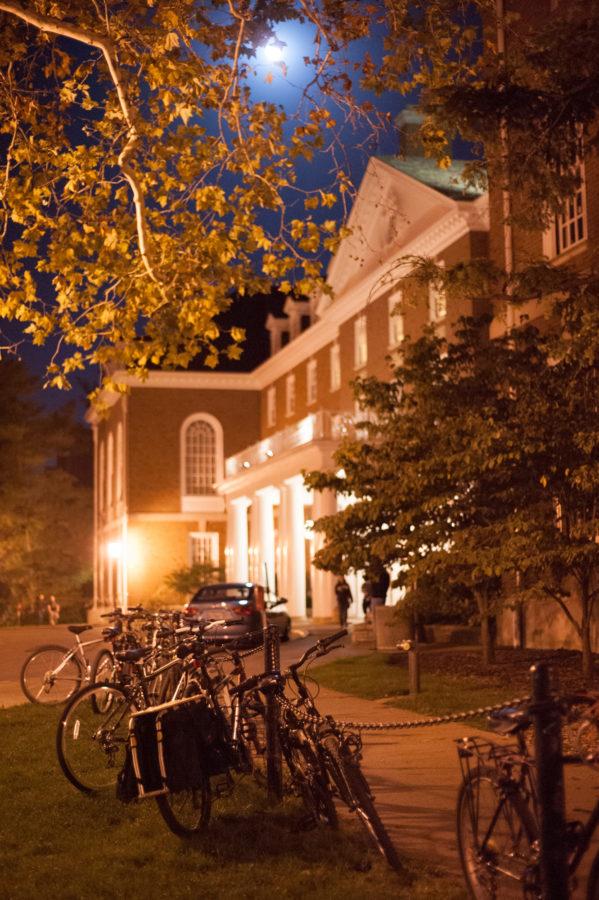 The Freedom From Religion Foundation has a history of removing Bibles from public institutions, specifically universities.

Northern Illinois University decided to remove the Gideon’s Bible from the rooms of the Holmes Student Center Hotel this month after receiving a letter of complaint from the foundation’s co-president Annie Laurie Gaylor, according to the Chicago Tribune.

“Providing bibles to the Holmes Student Center Hotel guests sends the message that NIU endorses the religious texts. Including bibles sends the message to non-Christian and non-religious guests that they should read the bible, and specifically the version of the bible provided: the Gideon Bible,” Gaylor wrote in her letter. “The state of Illinois should not promote certain religious beliefs by placing bibles in guest rooms.”

The Illini Union Hotel currently keeps a copy of the Gideon’s Bible in each of their 72 rooms and two VIP Suites, according to Larry Uphoff, senior associate director of operations. Uphoff said he hasn’t heard any complaints about the Bibles in the year since he took his position. As far as he is aware, there have always been Bibles in the Illini Union Hotel and the management does not intend to change that in the future.

The Freedom From Religion Foundation hasn’t received any complaints about the Bibles’ place on campus and, therefore, has not requested bibles to be removed.

“Usually we rely on members to report issues to us, but we don’t proactively go out and try to stop things across the board,” said Ryan Jayne, legal fellow at the FFRF. “We don’t plan to reach out to other universities unless we hear a complaint about that.”

Although they haven’t heard a formal complaint, there are some students on campus who see this as a sign of Christian favoritism at the University.

“I just think it’s interesting how only the Bible is optioned when there are clearly many people all around campus who are a part of many different types of religions, so the fact that only the Bible is available makes it . . . exclusive to just Christian people,” said Rebecca Panitch, freshman in Music. “It seems as though they are favored over different types of religions on campus.”

Other students see the Bible’s inclusion at the Illini Union Hotel to be a violation of the separation between church and state.

The Secular Student Alliance is an organization on campus whose goal is to raise awareness about the separation of church and state, said Ellen Denby, SSA social chair and junior in art history. Although the group does not plan to take any action, Denby said the Illini Union Bibles are “unnecessary.”

“A state school is a public institution, this isn’t really a place for religion,” Denby said. “I think putting Bibles in there makes it look like this (is) a Christian normative school and even if it’s not a Christian school, this is giving the idea that Christianity is just expected.”