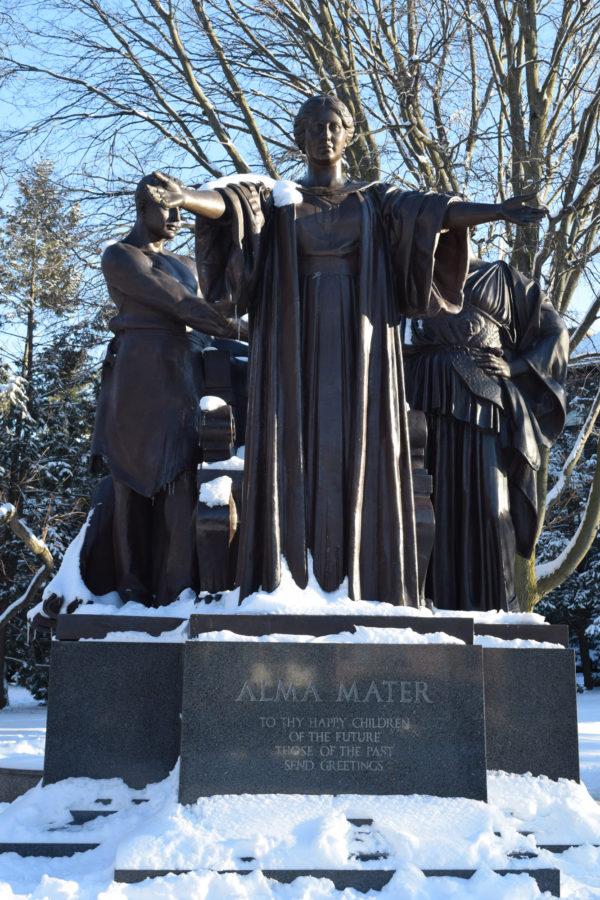 Student Body President Mitch Dickey, senior in LAS, isn’t sure how he would pay for his last year of college if he doesn’t receive his MAP Grant.

Despite Dickey’s involvement with the University he’s no less affected by the state budget impasse than the other 5,666 University students who receive a MAP, or Monetary Award Program, grant.

In November, Interim Chancellor Barbara Wilson emailed MAP grant-eligible students, informing them they should enroll in classes for the spring semester with the understanding that they may be required to repay this semester’s MAP grants previously credited to student accounts if student aid is not allocated in the state budget.

At the start of the spring semester on Tuesday, students still had not received any reassurance that their grants will be repaid.

According to a Wall Street Journal article published Monday, Southern Illinois University President Randy Dunn said 1,000 students in Illinois were unable to return to school because their colleges didn’t front the bill for MAP grants. The University, however, chose to credit students’ accounts with grants for the fall and spring semesters, hopeful that the state will reimburse them.

Robin Kaler, campus spokeswoman, said students typically don’t tell the University why they don’t return to campus but they haven’t heard that MAP was the reason behind any student’s decision not to enroll for the spring.

Still, she said, President Timothy Killeen is continuously working with University leaders across the state to urge lawmakers “to honor their commitment to students.”

Dickey said he hasn’t heard of students being unable to return to the University either, but he knows it’s an issue at other colleges in the state.

For example he said, he knows of five students at Richland Community College in Decatur who were unable to enroll in the spring semester because the college is not paying for MAP grants. Dickey said one student needed money to take the bus to class, and when she lost her MAP grant, she could no longer get to class and had to drop out.

If funding for MAP grants isn’t allocated in the state budget, Dickey said he’d probably have to ask his parents to help him pay for his senior year. Though, he said it would be an “immense strain” on his mom who works two jobs. Dickey himself works 20 hours per week in addition to his other responsibilities.

He said he’s optimistic the state will reimburse universities but knows students who are “utterly terrified” of losing their MAP grant. There’s discussion in Springfield of reimbursing universities, but, Dickey said, action needs to be taken before that discussion is taken seriously.

“Talk is cheap until you see something actually done,” he said.

Dickey has dedicated most of his time as student body president to advocate for student aid funding, from letter writing campaigns to busing students to Lobby Days in Springfield.

“It’s the thing that I do,” he said. “This is my priority — really focusing on this budget and the budget cuts.”