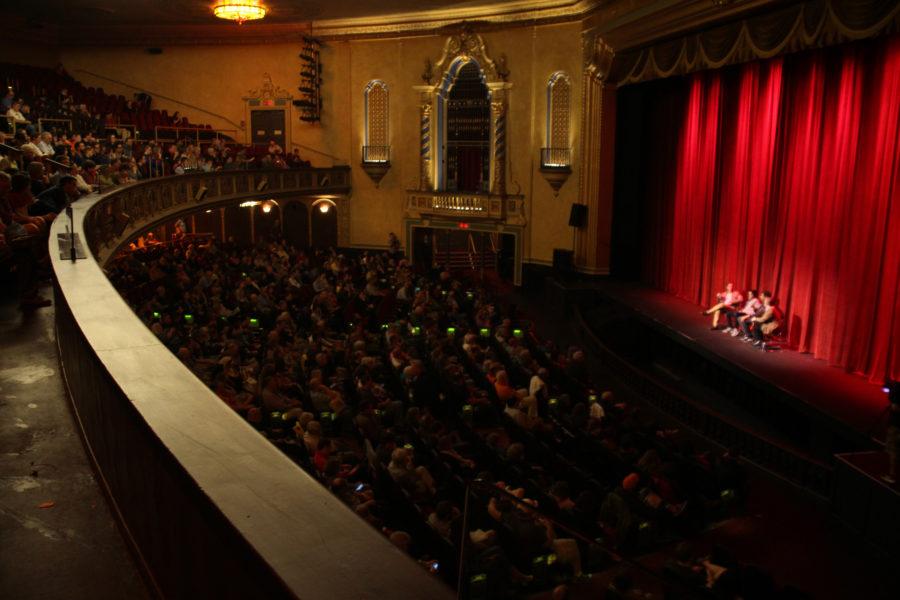 A one time performance of the Vagina Monologues is coming to the Virginia Theatre on Aug. 25 to benefit Courage Connection. Tickets go on sale today.

“Crimson Peak” previously opened on Oct. 16, for its North American theatrical run, grossing $31 million, according to box office tracking website Box Office MojoJT. Yet with stiff competition from “Bridge of Spies” and “The Martian,” the film went largely unnoticed upon its release.

For festival director Nate KohnJT, the purpose of EbertFest is to highlight films overlooked by audiences, distributors and critics.

“For some reason, [‘Crimson Peak’] didn’t get attention that it deserves, so we wanted to put a spotlight on the film, [and] let people know how good we think it is,” Kohn said. “We wanted Del Toro to come to the festival. He is one of the great directors, so we invited him and he accepted.”

Slated to run from April 13 to 17, the annual festival known as Ebertfest holds premieres at the Virginia Theatre in downtown ChampaignJT. Subsequent Q&A panels occur at the Illini Union on campus. Honoring the founder and namesake of the festival, Roger Ebert, in his hometown, Ebertfest is organized by the University of Illinois’ College of Media.

Although “Crimson Peak” was the only film announced, more selections should be publicized.

“We will be announcing more films between now and the end of February,” said Casey LudwigJT, assistant director for the festival.

Ebertfest has hosted an array of high-profile stars and movies including “The Spectacular Now’s” Shailene Woodley and James Ponsoldt, “End of Tour’s” Jason Segel and “I am Love’s” Tilda SwintonJT.

“We are still working on inviting films and trying to figure out what the lineup will be. It’s a pretty fluid process up until a couple of weeks before the festival,” Kohn said.