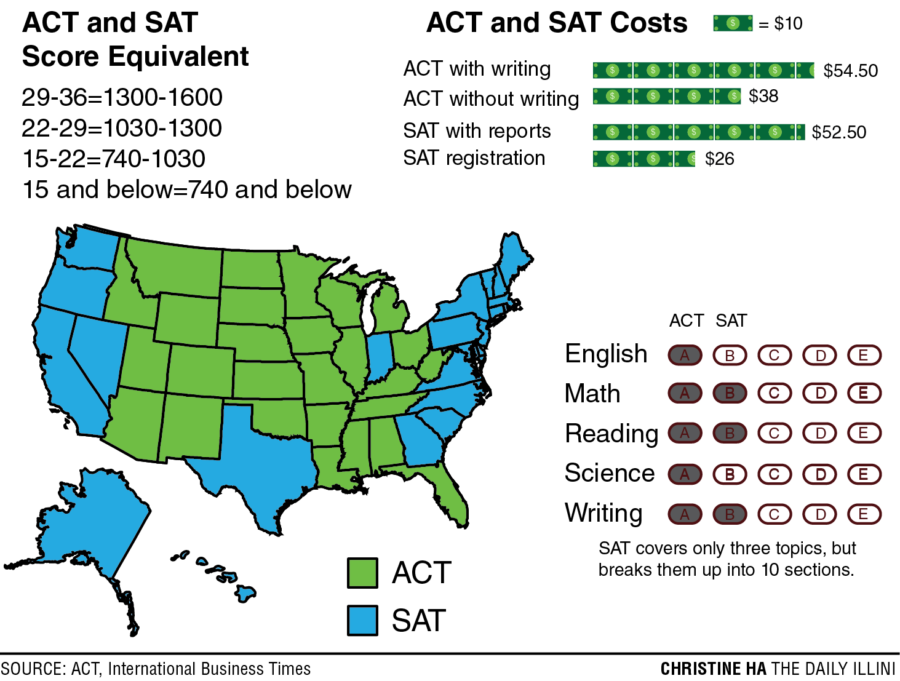 A state contract with the College Board — who supplies the SAT — or the ACT won’t affect University applicants or the admissions process.EJ

Robin Kaler, campus spokeswoman, said the University accepts both the ACT and SAT for students interested in applying to the University.

Kaler said when applicants submit an SAT score, University Admissions converts it to an ACT score. The admissions office would convert ACT scores to the SAT scale if the majority of applicants were to send an SAT score.

The board’s contract with the ACT expired on June 30, 2015.EJ After reviewing proposals from organizations that wanted to administer college entrance exams to high school juniors, the board gave a Notice of Award to the College Board, which provides the SAT. The ACT has since filed a protest; as a result, the application process is currently open, and the state’s Chief Procurement Office is looking into the merits of the protest, according to a statement.

Robin Dean, sophomore in LAS, took the ACT and said she doesn’t think it matters which standardized test Illinois chooses. She does feel that everyone applying to the University should take the same standardized test, though.

No time frame for a new college entrance examination to be named has been specified, said Tony Smith, state superintendent of education.EJ Smith said the board is not certain if appropriations will be allotted to fund college entrance exams to Illinois students this spring without a budget for the 2016 fiscal year.