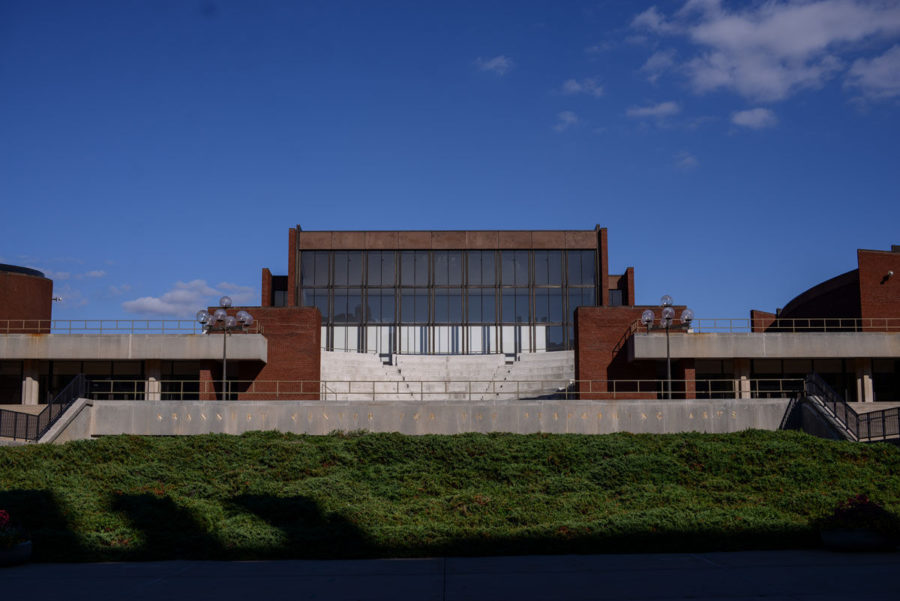 The Krannert Center for the Performing Arts will undergo exterior maintenance renovations starting in October.

The incident occurred around 2 a.m. in the parking garage of the Krannert Center for Performing Arts.

According to the notice, the victim was walking to his car in the lower level of the garage when he noticed one of the offenders staring at him.

Immediately after the victim questioned the offender, a second offender struck the victim from behind causing him to lose consciousness. Upon waking up, the victim found that the money in his wallet had been stolen.

According to the report, the offender was described as a “black male, between 6’00” to 6’02” tall, with curly black hair, wearing a plain black t-shirt, faded blue jeans and a gold watch.”

The offender was also noted in the report as wearing gold earrings on both ears along with gold teeth along the right side of his mouth. A description of the second offender was not available.

Lieutenant Tom Geis said the UIPD has not confirmed a connection between the two offenders, as the victim “just reported (the first offender), just what he saw.”

There are currently no security cameras installed in the parking garage, Geis said

The UIPD encourages anyone with more information to call 217-333-1216. Information can also be reported anonymously by calling the Champaign County Crime Stoppers at 217-373-8477.