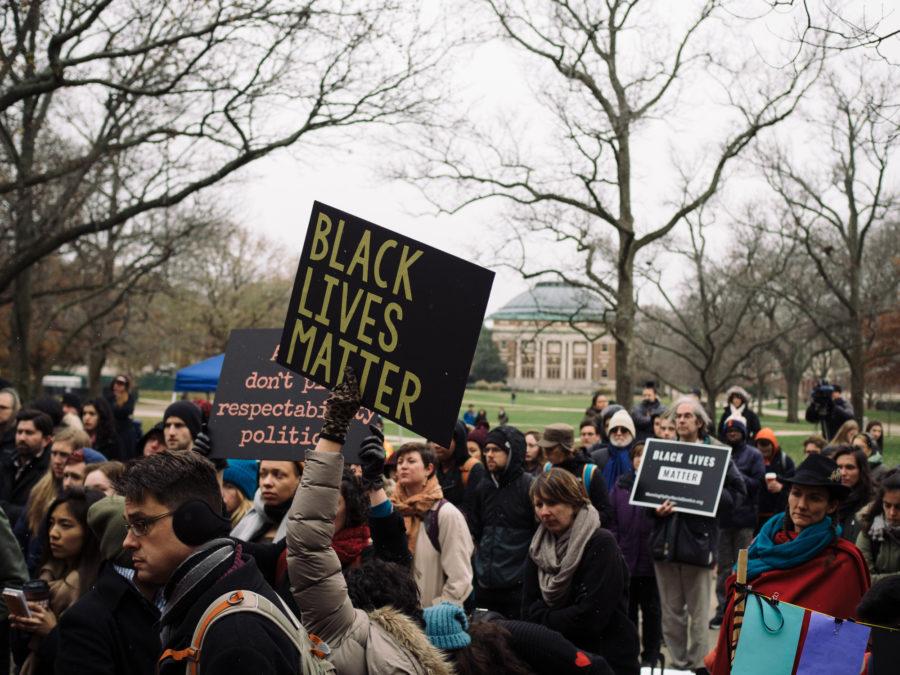 Students listen to “Love Notes” for African American students in the snow at the Anniversary Plaza on Wednesday, Dec 2 2015.

The Black Lives Matter movement began in 2013 when three girls created the Twitter hashtag, #BlackLivesMatter, following the acquittal of George Zimmerman in the death of Trayvon Martin.

Opal Tometi, a co-founder of the Black Lives Matter movement, will visit the University on Feb. 19 to talk about the movement and more.

According to a press release announcing the visit, Tometi is “a dedicated activist working at the intersection of racial justice and immigrant rights for more than a decade.”

Tometi’s visit is a part of the Spring 2016 Friday Forum lecture series called, “Breaking Down Down Racism: Fighting Racial Injustice in the U.S.”

Despite the title, Megan Flowers, University YMCA Communications Director, said her visit will be more of a conversation than a lecture.

“There will be a lot more time for discussion where people can bring questions,” Flowers said.

Flowers said the event is taking place on campus but she hopes it will bring in a lot of community members.

“We hope to be connected locally and learn about getting involved and taking action against social injustice,” she said.

Tometi will begin with “A Conversation with Opal Tometi” at noon in Allen Hall. She will then talk at the University YMCA at 1:30 p.m. with a lunch reception to follow.