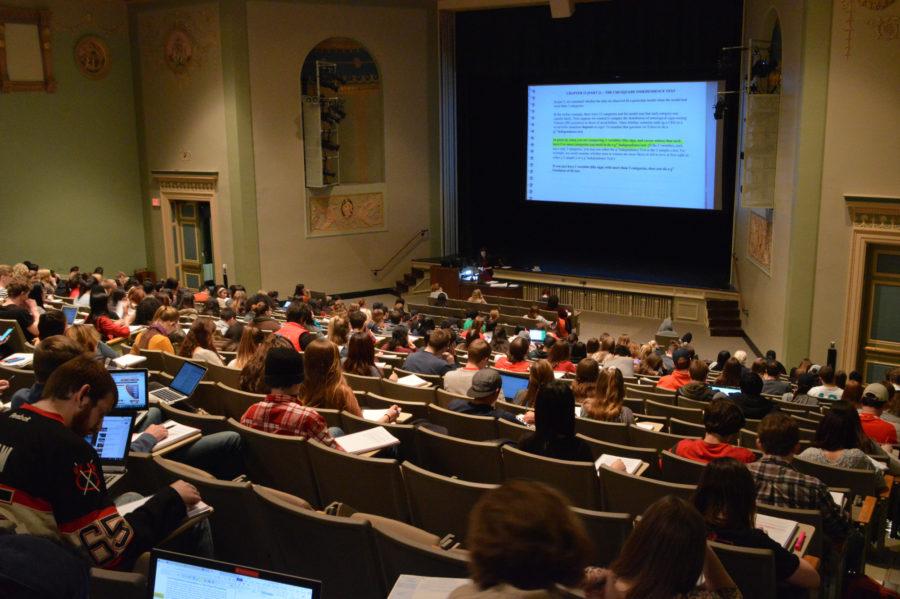 Some students at the University want to ensure their fellow classmates graduate with a better understanding of minorities and non-western experiences.

Currently, each student must take a Western/Comparative Culture(s) course, and either a Non-Western or U.S. Minority course. A proposed resolution would require undergraduates to take a course in all three areas to fulfill their general education requirements.

At the Educational Policy Committee meeting on Jan. 25, the U.S. Minority course proposal was discussed, but not voted on, and has yet to reach the entire Academic Senate, according to Committee Chair Bettina Francis.

She said the proposal is a “for your information” report that passed the Illinois Student Senate in November.

“The proposal has a lot of details that need to be added, that’s all,” said Shawn Gordon, graduate student on the Educational Policy Committee. “We don’t pass any proposal out of the committee without the details and questions being addressed. So the fact the proposal didn’t get a vote at the meeting last Monday isn’t indicative — it’s not a signal of anything.”

Gordon said the meeting was an opportunity for the proposal’s sponsors to make their case for its enactment.

“We want to make sure everyone has a curriculum that is very spread out,” Inda said at the Educational Policy Committee. “The nature of general education is a mechanism to train students not to focus narrowly on a specific major, but to think broadly and engage in life.”

The last time the University’s general education requirements were updated was in 1989, according to Francis. The 1989 requirements also included a number of mandates that were supposed to be implemented in the years following. However, no mandates were ever applied.

Since 2000, it was generally agreed the original mandates would not be updated, Inda said.

She said when the policy was discussed at the meeting, it was standing-room only — meaning the room was full of different groups in support of the change.

“I would say there is overwhelming student support,” Saldivar said. “Everyone I’ve talked to seems in favor of it.”?Saldivar said one concern of some students is that they don’t really understand the details of the proposal, especially the additional required credit hours.

The Educational Policy Committee will discuss the proposal again on Feb. 15, but Francis is uncertain whether the committee will vote on it.

“It will get considered by the committee and once that’s done, it’ll get a recommendation and go to the full senate and then the senate will vote on it. That’s basically the process,” Gordon said.

At the Senate Executive Committee meeting held on Monday, members shared their concerns about the proposal.

Sam LeRoy, a sophomore in LAS who serves as the SEC undergraduate representative and as a student senator, said one of the concerns behind the change is that it could possibly hinder a student’s ability to graduate in four years. LeRoy also questioned the policy of “double-dipping,” a popular term used to describe the practice of taking one course to fulfill multiple requirements.

Still, other members of the committee, including SEC graduate representative Calvin Lear and Nicholas Burbules, General University Policy chair, expressed uncertainties about the general education requirements over all.

“I think the whole general education program is a mess,” Burbules said. “It is presuming a particular model that we may or may not want to have.”

Student senator Ron Lewis, an active member of ‘Being Black at Illinois,’ said he’s in support of the required U.S. Minority course, despite some student and administration reservations.

Lewis said rather than look solely at logistics, people should consider the purpose behind the proposal.

“I think people are concerned that they’ll have to stay an extra semester,” Lewis said. “But to rebut that — I think they’re missing the bigger picture of what this could do for our campus.”