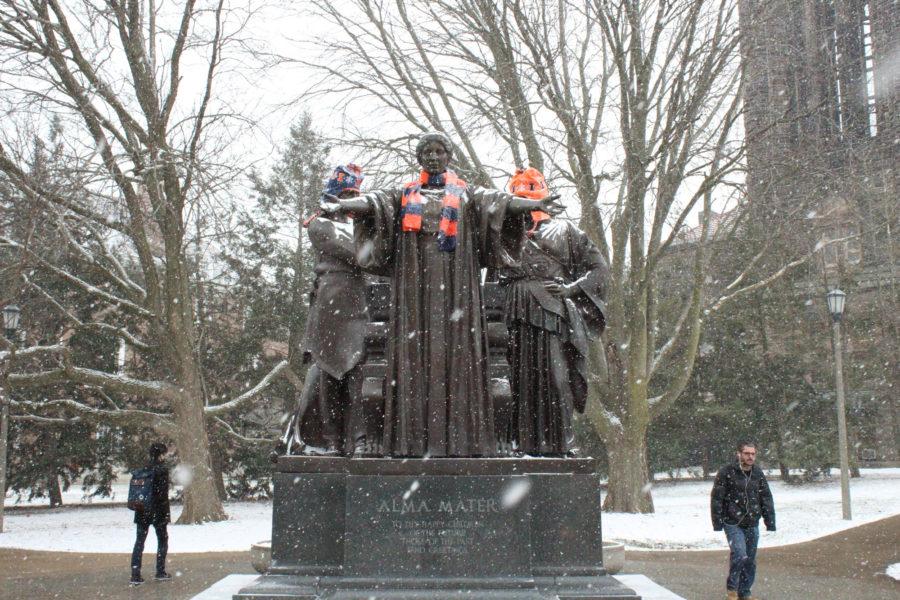 The University is still standing strong in the midst of hundreds of closures — including universities, government programs and resource centers — due to the state budget impasse. President Obama addressed the Illinois legislature Wednesday stating his disappointment with bipartisan conflicts.

According to the Chicago State Office of Budget and Resource Planning, the university receives approximately one-third of their funding from the state; without the state funding that’s usually allocated in the budget, the university faces a financial crisis.

Specifically, he mentioned schools that feel the financial restrictions caused by the lack of a state budget more than others.

“Chicago State is about two weeks from not making payroll and Eastern is a few weeks behind that,” Bennett said.

Many reports guess that Chicago State will run into a financial roadblock by March, meaning the school may shut down without state support.

“I think it’s absolutely atrocious,” said Illinois Student Body President Mitch Dickey. “It’s been eight months since the state has had a budget, and we’re seeing that translate to the students and to the people of Illinois.”

While President Timothy Killeen said the lack of a budget is causing reputational and operational damage to the University, smaller schools like Chicago State University cannot operate much longer without state funds.

According to the 2015 University of Illinois annual report, the University had an operating budget of $5.64 billion.

The state funds about 32 percent of the University’s budget, combining the direct appropriation given for operating expenditures as well as funds directed at the total budget, said Sandy Street, Director of Budget Planning.

However, unlike Chicago State, the University has a broader revenue base.

“We are a much different school,” Street said. “We have a very diversified portfolio. We’re a Research One institution — both Chicago and Urbana. Our diversity of revenues is much greater than a place like an Eastern or a Chicago State.”

A university that is classified as a Research One institution gives a high priority to research and receives $40 million or more in federal support annually.

The University also has a pool of large endowments to lean on if public dollars continue to be scarce.

Killeen continues to promote an agreement with the state where the University would receive a three-year budget as long as the University meets certain metrics, such as graduation and retention rates.

However, Dickey said the University may need to find a strategy that ensures financial stability while relying less on the state.

“Students are doing what they need to do,” Dickey said. “They’re going to school, they’re studying — and our legislator can’t do their job and pass the budget.”