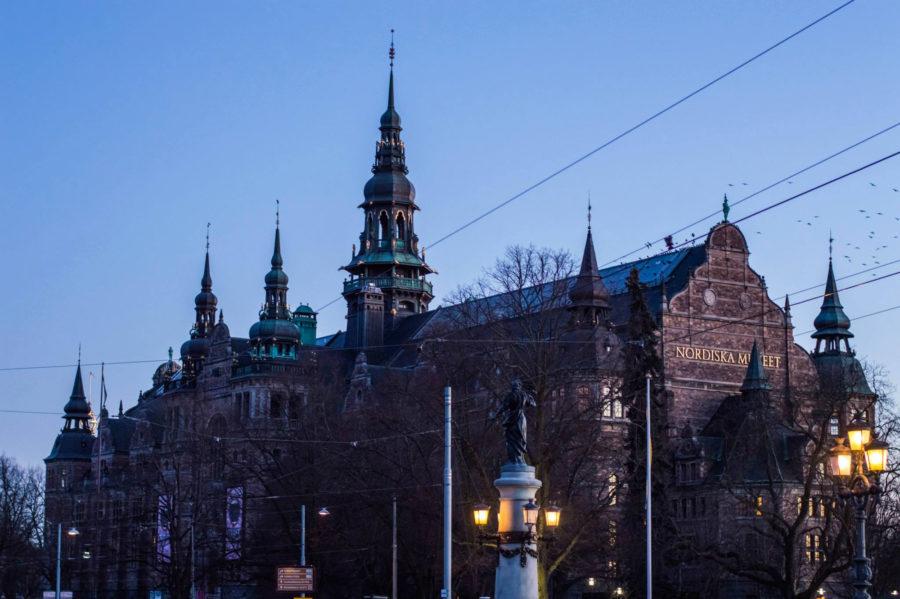 The Nordiska Museum in Stockholm.

University students looking to study abroad now have the opportunity to partake in an award-winning international program.

The University’s INSPIRE program, a transnational partnership between the University and three research universities in Stockholm, Sweden, has been awarded the 2016 Andrew Heiskell Award for Innovation in International Education.Ag and Ch

“This is the first time that we’ve won a Heiskell award in any of the categories,” said Timothy Barnes, director of the Illinois Strategic International Partnerships (ISIP).

Barnes said the award is open to any universities or institutes of higher education and that there are many categories, such as the international partnership award, which INSPIRE won.

Students can study and take part in research in many different subjects at these universities, including engineering, law, medicine, natural sciences and social sciences.

The program started unofficially in 2010, but officially became a campus partnership in April 2012, Barnes said.

“INSPIRE is pretty innovative and has gotten a lot of notice among our peer institutions around the U.S. as a particularly innovative collaboration that involves research and educational activities,” he said.

Akshaya Kumar, senior in mechanical engineering, took part in the program during the second semester of her junior year, from January to the end of May, where she took classes with Swedish professors and studied renewable energy.

“It’s a really, really good program,” she said. “I got to learn a lot about not only the Swedish culture, but I got to do a lot of classes that were in my interest area, which was renewable energy. It felt like a very academically and personally rewarding experience for me.”

She said engineering professor Harry Dankowicz and Germanic languages professor Anna Stenport, who are in charge of the program, have worked hard to improve the program over the years.

“Professor Dankowicz is really involved in expanding the programs, every year the amount of kids going on the program has increased,” she said. “Lots of students are going.”

Freshman in Business Vicky Shao, who participated in a similar program in high school where she came from China to study in the U.S., said that INSPIRE sounds like a good way to learn about different cultures.

“I think it would be a great opportunity to see what other cultures are like,” she said. “It would be even better to live with a local family and kind of absorb yourself into the culture.”