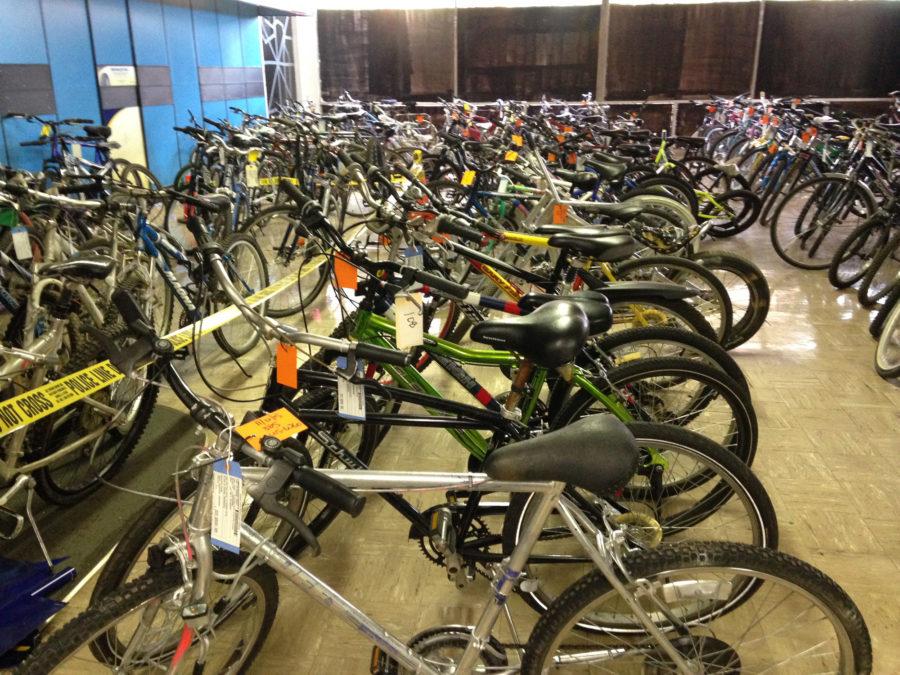 A bike is something that most people consider to be an everyday item. It is a common form of transportation that helps people get from place to place. But for some, a bike isn’t something they may have at their disposal.

The Urbana Police Department has been organizing the giveaway since 2011, and they try to make it a biannual event.

Some of the bikes that were being given away had been abandoned, left on the side of roadways, or had been reported missing and not been found. In an attempt to combat similar situations in the future, the Urbana Police Department made sure to get the bikes registered when residents lined up Friday morning.

“Ever since my bike got stolen I’ve needed a new one. So I’ve come here hoping to reunite with my friend,” said Brandon Lung, junior in Engineering.

Students from the University as well as Champaign County residents were in line as early as 8:30 a.m. in the hopes of getting a bike to help them get around.

“I just thought it’s great that they’re giving back to the community,” said Courtney Escoda, junior in Engineering. “They’re recycling them. It’s nice they’re not trying to take a profit for it.”

Some of the bikes given away needed a new tire or chain. But Fitzgerald said that with a little investment, bike recipients have a functional vehicle.

“(This) gives people a chance in the community to get something they may not be able to get,” he said. “Some people really need transportation. To get to a job, school, or family. And this is a way to help them out.”