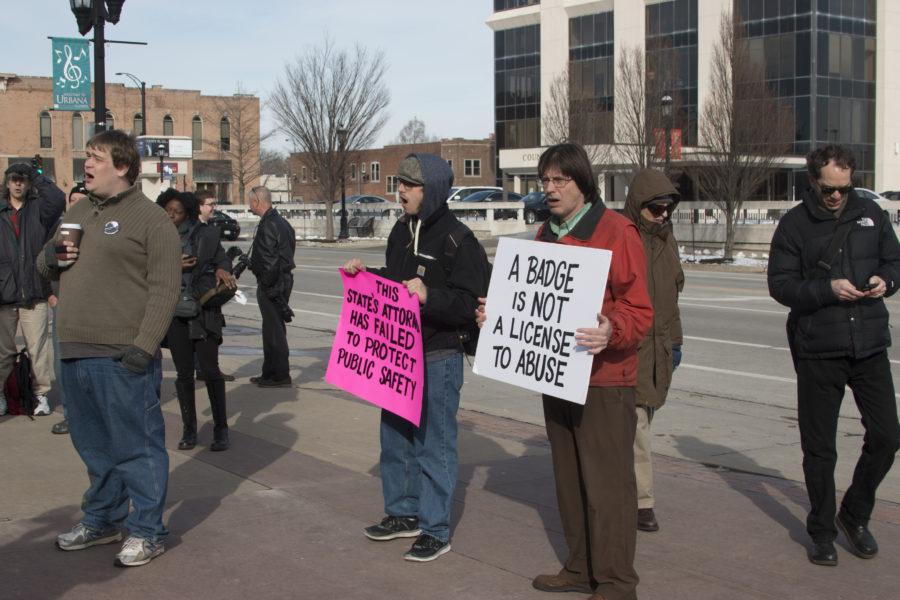 Citizens of the Champaign-Urbana district protest against the non-indictment of Champaign Police Department officer Matt Rush at the Champaign County Courthouse on Friday, Feb. 26, 2016.

According to a press release from the office, the decision was made “in order to maintain integrity, order and decorum and in order to allow matters and business to be conducted in an efficient and orderly manner and without disruption, delay or allow any inappropriate influence in the courtrooms, courthouse, its integral offices and the Sheriff’s office.”

In addition to a ban on picketing, marching, rallying, procession, singing, chanting and vigils, people will not be allowed to display banners, posters, placards or any other signage.

People are allowed to hold demonstrations on the public plaza in front of the courthouse but must remain at least ten feet away from the doors.

Correction: A previous version of this article incorrectly stated protests are banned outside of the courthouse. Protests are only banned inside of the building. The Daily Illini regrets the error.