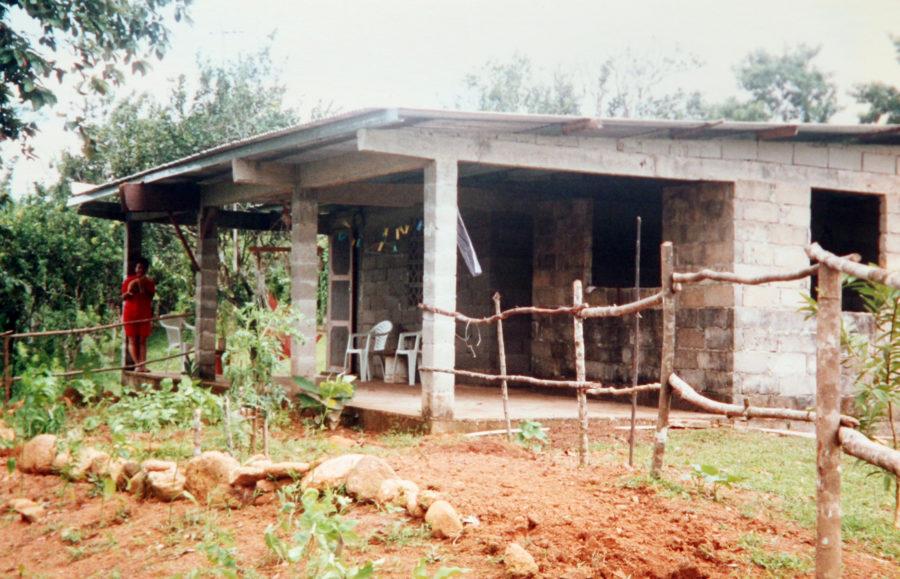 Peace corps volunteers John and Sally Mincks spent 27 months in this house in Panama where they helped villagers build a community center and a park. (Handout/Fresno Bee/MCT)

The University improved four spots to 16th place in the Peace Corps’ list of Top Colleges, marking the 16th consecutive year it has made the list.ss

The list measures the number of Peace Corps volunteers each school produces. Thirty-five University alumni are currently working in the Peace Corps in countries around the world, including Macedonia, Morocco, Nicaragua, Paraguay, the Philippines and Zambia.ss

Peace Corps Midwest region spokeswoman Jessica Mayle sssaid it’s no surprise the University has done so well in their rankings the past few years.

“Schools that have the most qualified and competitive volunteers go up in rankings because there are so many smart and qualified applicants coming from that school,” she said. “We have found amazing and successful volunteers that have skills from the classroom, that are prepared and matured, and all those things are what we are looking for.”

“It’s cool to see (the University’s rank) has gone up since I started doing it last year,” said Chloe Belczak, junior and Peace Corps student ambassador.ss “It’s like, wow, some stuff we’ve been doing as ambassadors has actually been helping.”

“He really knows what he is doing, and he does a great job,” she said.

Sarwark has been the on-campus recruiter since August. Having spent two years with the Peace Corps in Cape Verde, South Africa, he said that he is passionate about what he does.

Before his trip he knew “it was the answer for everything (he) wanted to do.” After his trip, “it’s really fun to tell my story to someone who’s interested,” he said.

Sarwark said he encourages students to apply to be a volunteer; the deadline for applications is April 1.

The University is the seventh largest all-time producer of Peace Corps volunteers. With that title, as well as all the hard work that the student ambassadors have done to earn the newly acquired 16th spot on the Peace Corps Top Colleges list, Sarwark said that he has high hopes for next year.

“I’m hoping that a year from now when we get a report again, we’ll be even further up,” he said.