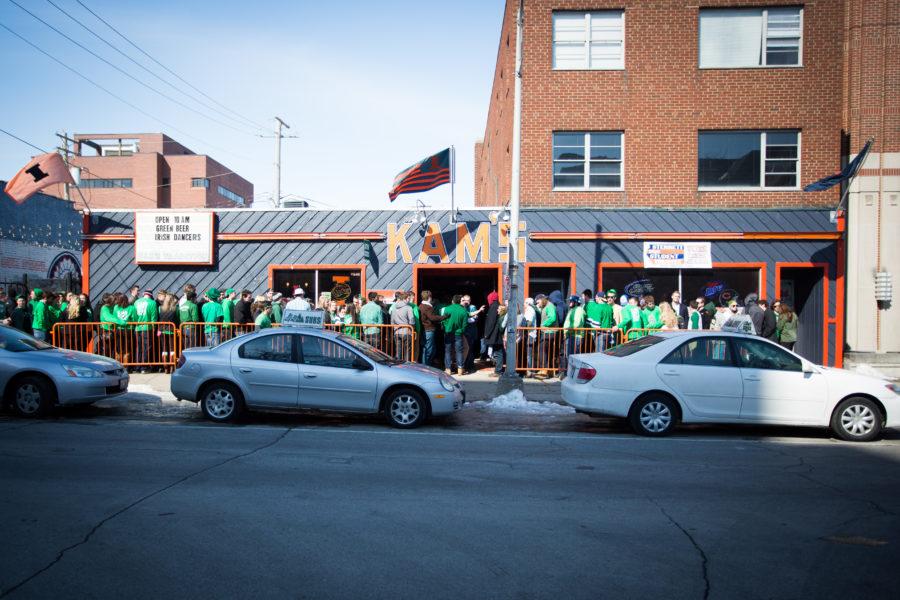 People are crowded outside KAMS at afternoon on Unofficial Day, Mar. 6th.

An increase of city ordinance violations was issued on Unofficial, according to a Champaign Police Department press release issued Thursday morning.

Overall, 160 violations were issued to individuals, which is an increase from the 138 ordinance violations issued on Unofficial in 2015.

The rest of the violations involved medical responses to alcohol induced incidents.

“There were no significant injuries reported this year, however there were more individuals requiring medical attention,” stated Sergeant Joe Ketchem in the release. “We don’t know if that increase reflects more students overindulging in alcohol or more students taking the initiative this year to seek help for alcohol-related injury.”

Of the 28 medical service calls made on Unofficial, 21 individuals were transported to local hospitals for alcohol incapacitation issues.

“We definitely want those safety calls for service being made, yet we’ll continue to drive upfront messaging that promotes healthy and preventive behaviors,” Ketchem said.

The release mentioned alcohol safety efforts from University and local police, such as “Rethink the Drink” campaign and promotion of the University of Illinois’ Medical Amnesty and Good Samaritan Procedures.