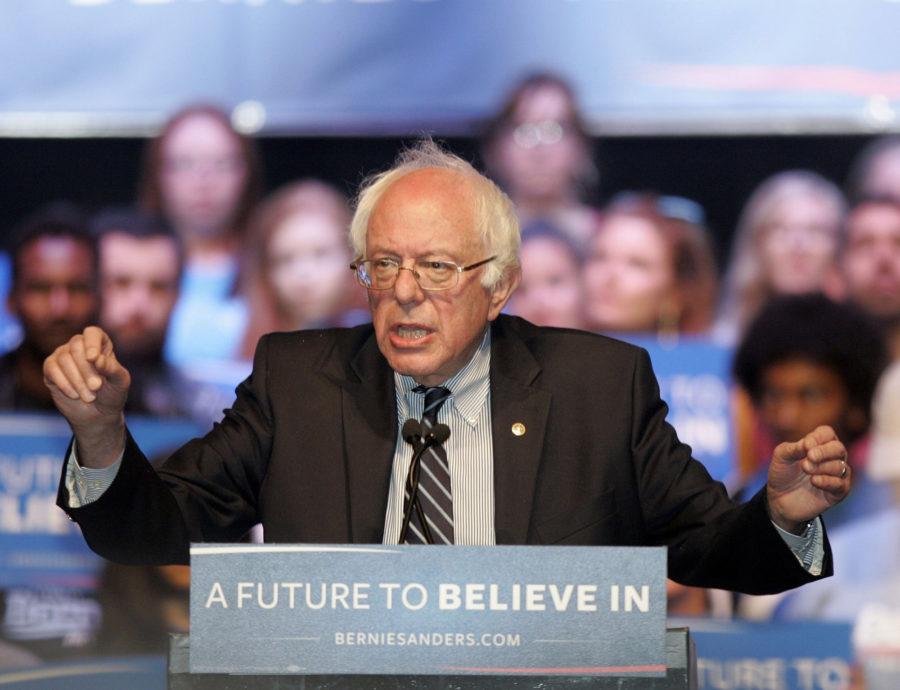 Democratic presidential candidate Sen. Bernie Sanders will come to campus on Saturday for a rally at the ARC.

Democratic presidential candidate Bernie Sanders is coming to the University on Saturday.

The Vermont Senator will hold a rally on campus in preparation for Tuesday’s Illinois primary. The rally will be held at the Activities and Recreation Center at 201 E. Peabody Drive in Champaign.

According to Matt Pasquini, president of Illini for Bernie, the capacity of the main gym where Sanders will speak has been marked at 3,600 people. Doors will open at 11 a.m., and Sanders is scheduled to speak at 3 p.m. Tickets are free and come on a first-come, first-serve basis.

As the primary approaches, efforts by both Republican and Democratic presidential hopefuls to gain the Illinois vote have been noticeable. Heidi Cruz, wife of Republican candidate Ted Cruz, visited Champaign-Urbana earlier this week. Meanwhile, former President Bill Clinton is scheduled to speak in Peoria on Friday, while his wife and Democratic frontrunner Hillary Clinton spoke in Vernon Hills on Thursday night. Sanders is currently scheduled to speak at Argo Community High School in Summit, Illinois, on Friday night.

Pasquini said Sanders’ visit comes in hopes of increasing voting efforts for Tuesday’s primary. Rumors circulating throughout campus about an impending visit from Sanders weren’t confirmed with Pasquini until yesterday when the associate director of the Illini Union notified him.

Pasquini has been meeting with various organizations including the Secret Service and local fire departments for Sanders’ visit.

“I’m very very excited for tomorrow,” said Matt Pasquini, president of Illini for Bernie. “Everyone’s just really pumped. We’ve been working on it since July so to see the fruit of our labor pay off has been a really rewarding experience.”

Stay with The Daily Illini for continuous updates.
[email protected]