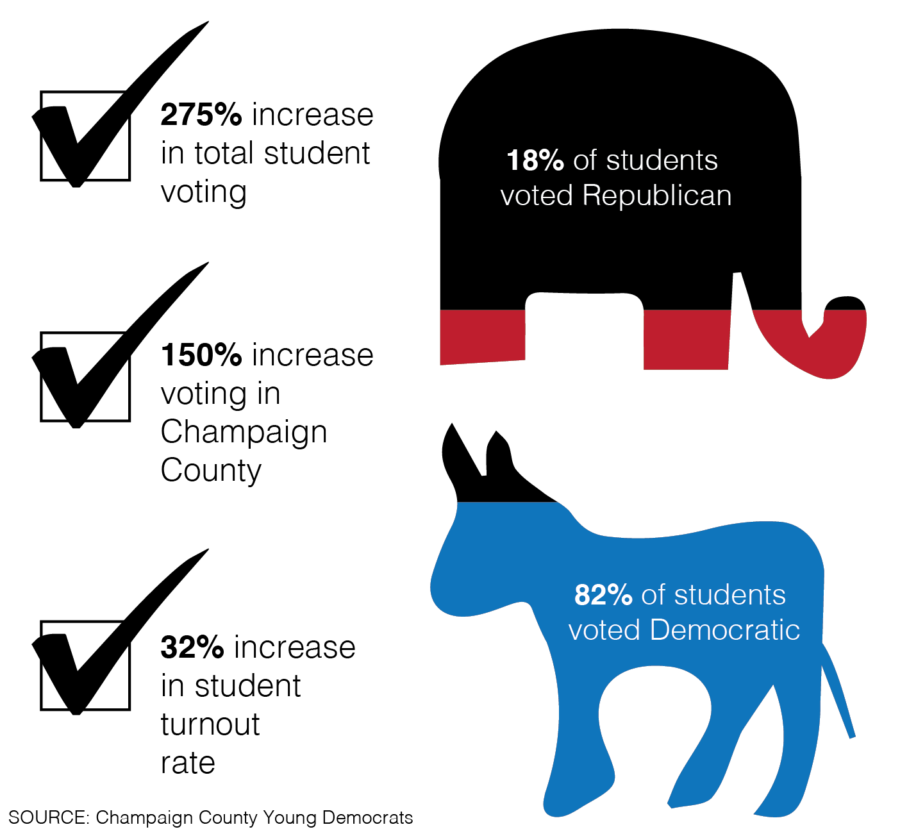 Champaign County saw a 275 percent increase in student voter turnout with the new addition of same-day voter registration on campus.

“Tuesday proved that same day registration is key to helping everyone in Champaign County vote, regardless if they wanted a Democratic or Republican ballot,” said Matt Duco, president of the Young Democrats in a press release.

In 2008, only 21 percent of students came out to vote. For this year’s primary, there was a 53 percent turnout rate.

“Students and young people are often voting for the first time in their lives and, as a result, need help with the process. I was very grateful for all the work put in by student organizations to get students registered and to inform them about the rules for grace period registration,” Duco said in the release.

While the increase in turnout on campus was especially large, there was also 150 percent increase of voter turnout in Champaign County from the 2008 presidential primary.

In the Republican primary, the votes were more evenly spread across candidates.