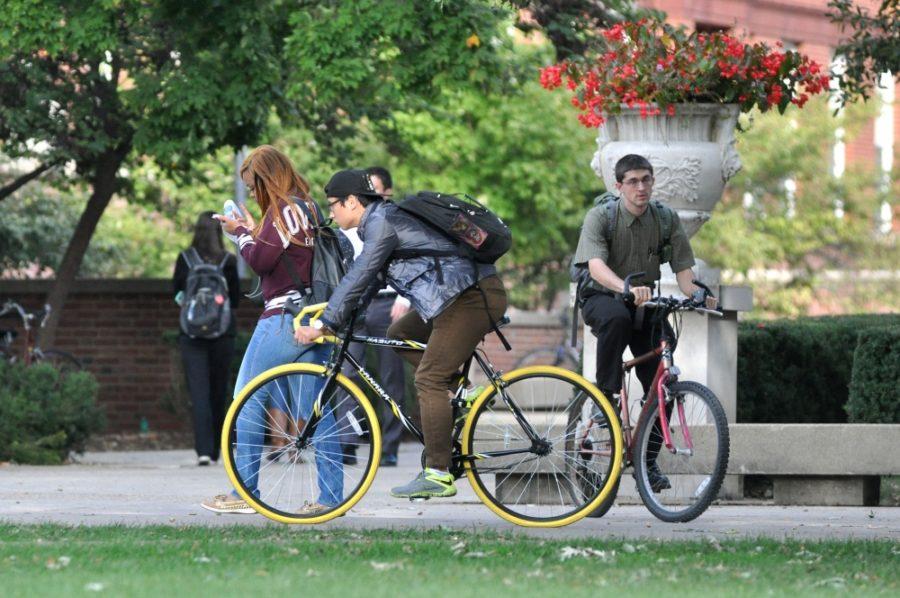 Crime on campus this year has been consistent with previous years, according to the University of Illinois Police Department. Like previous years, they have constantly made efforts in keeping crime rates down.

Pat Wade, UIPD spokesman, said that the most occurring crime on campus is theft.

“We see a lot of theft at CRCE and the ARC where people are bringing their belongings and leaving them next to the court, and they go and play a game of basketball and then their stuff is gone,” Wade said. “It happens in classrooms and any public university spaces. We see a lot of bicycle theft as well.”

The police typically see a spike in crime rates as the weather gets nicer. Crimes such as bicycle theft increase because people are outside and interacting, as do aggravated assaults.

This year the police also have made changes in the department with the goal of reaching and engaging more students. The department started an adopt-a-cop program for which they assign a cop to a cultural house on campus.

“We also are developing our special victims unit, doing a better job dealing with sexual assault,” he said. “We have always been ahead of the curve, but we want to continue that trend.”